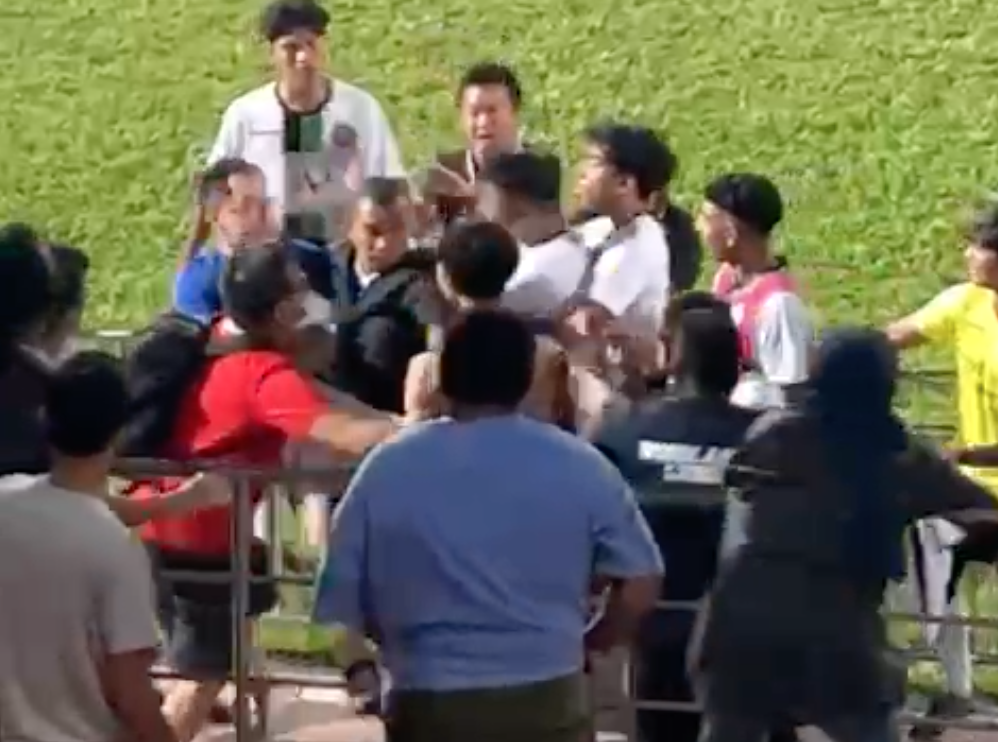 Former Malaysia Cup super sub Steven Tan was in the thick of action during a Centre of Excellence U17 clash between Woodlands Lions and the ActiveSG Football Academy on 13 September at the Clementi Stadium.

In a video which was shared with TMSG, Tan, a current ActiveSG Football Academy coach, is seen trying to stop players from the Woodlands Lions from getting involved in a brawl with spectators who were seated in the stands.

TMSG understands that the Woodlands Lions players were allegedly reacting to some harsh words which were hurled against them and their parents from the stands from the other spectators.

The video shows the Woodlands Lions players and a few spectators in a heated exchange after the match.

One player also had his shirt off, which is probably understandable given that the match had already ended.

When contacted, Woodlands Lions chairman R Vengadasalam added that officials from his club also got involved to ensure that issue was swiftly managed and brought under control.

The match ended 4-3 in favour of ActiveSG Football Academy with both teams locked in a battle to avoid the wooden spoon.

Both Woodlands Lions and the ActiveSG Football Academy have earned four points each so far.

The video was sent to TMSG by a reader on 14 September, a day after the match.

Have a story for us? Send us an email at hello@tmsg.sg and we will do the rest.