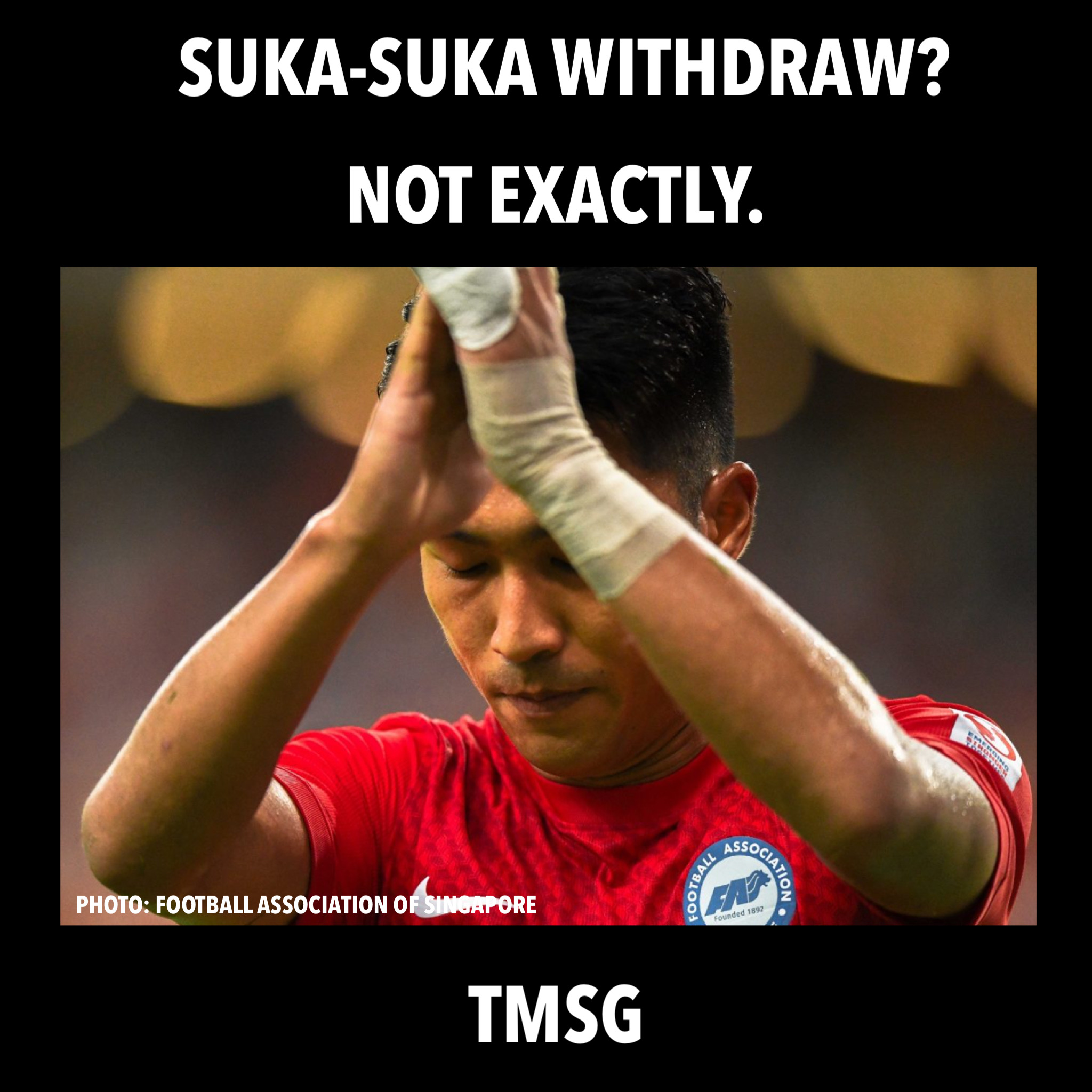 The last thing which Lions and Singapore football fans needed ahead of a training tour to Vietnam for a set of ‘A’ friendly matches against Vietnam and India was yet another football debate.

Unfortunately, that is exactly what’s transpired after the sudden withdrawal of Lion City Sailors attacker Song Uiyong from the travelling squad to Ho Chi Minh City.

When announcing that both Hougang United’s Sahil Suhaimi and Tampines Rovers’ Syed Firdaus Hassan had been selected to replace Song and Faris Ramli, the national football body set tongues wagging by putting in print that the decision to withdraw from the squad was a personal one for Song, despite being cleared by both the club’s and Lions’ medical teams.

Faris had to skip the trip as his wife is expecting their second child.

In his own words, Singapore Lions head coach Takayuki Nishigaya said, “It is always a challenge when there are late dropouts especially when we are facing tough opposition in Vietnam and India, but I have belief in the strength and the depth of the team I have assembled.”

On the issue of Faris, he said that “family is more important than anything else, so I understand Faris not travelling with us.”

However, as for Song, he said that “it is his personal decision”.

The statement could well have cast aspersions on Song, a new citizen who gained his Singapore citizenship in 2021.

The Sailors came out to defend their prized Singaporean possession.

In response to queries, the Sailors said that Song received a knock to his ankle during the 10 September Singapore Premier League match against Tampines Rovers, and he failed to complete a club training session four days later, “citing that he felt pain in the ankle.”

Song played the full 90 minutes in that match.

According to the Sailors’ spokesperson, Song was told to “monitor the injury ahead of the Young Lions match which was initially scheduled for 16 September”.

“The Sailors are fully supportive of the national cause and it gives us a sense of pride seeing our players don the Lions jersey and fly the Singapore flag,” added the spokesperson.

Song’s response is that the injury is a recurring one, and that he had a bigger focus ahead.

“This is not the first time I have injured my ankle.

“The doctor said I could work my way back to fitness with the national team while monitoring the ankle but because it continued to give me pain, I decided to be more cautious and take the doctor’s instructions to monitor the ankle.”

He added that he needed to focus on the upcoming ASEAN Football Federation Mitsubishi Electric Cup at the end of the year and the upcoming matches in the SPL and Singapore Cup.

“I felt it was important to ensure that I am feeling 100 percent so that I can continue to play at my best for both the Sailors and Singapore,” he added.

The Lions will face off against Vietnam on 21 September and then come up against India on 24 September in Ho Chi Minh City.