Passion is no excuse for hooliganism, and Tampines Rovers and its fans have now been in the news for the wrong reasons twice this season. 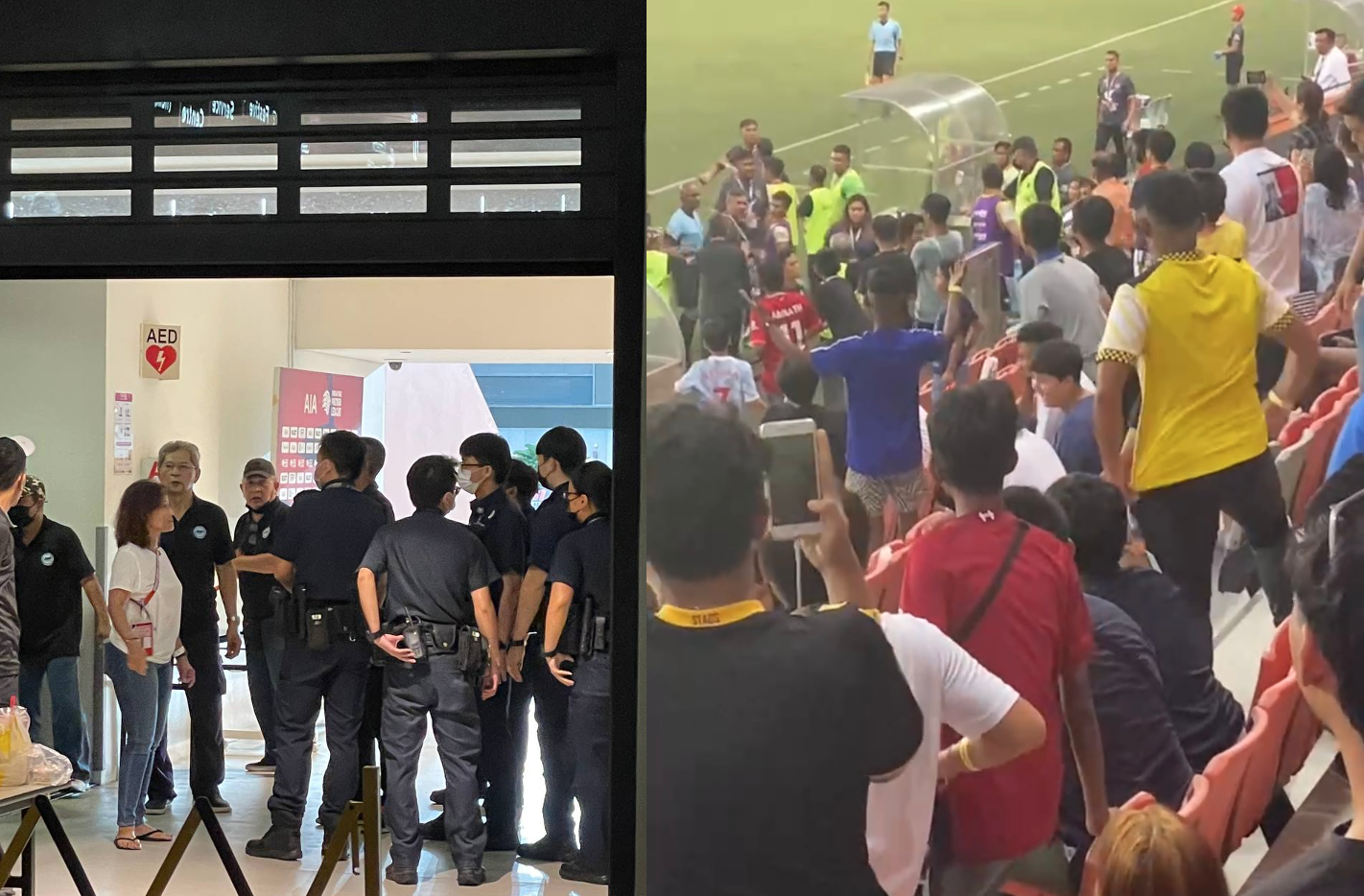 Tampines Rovers midfielder Yasir Hanapi has allegedly been accused of being the mastermind responsible for the fracas which took place during the Tampines Rovers-Tanjong Pagar clash at Our Tampines Hub.

In yet another round of ugly scenes seen at a football match in Singapore this season, the police were called in again.

It is not known who called the police for intervention but the Straits Times reported that the police said no other assistance was required when it arrived at the venue.

Messages received by TMSG by fans at the stadium also pointed the blame at Tampines skipper Yasir.

This was also suggested by the Straits Times report.

Tanjong Pagar defender Aqhari Abdullah put up a tweet which he later took down, without naming the player in question.

TMSG’s Insta followers were quite clear who he was referring to.

In the match, Yasir was replaced with minutes left to go in the match and it is understood that he took his place in the stands with fans behind the Tampines bench, after exchanging words with assistant coach Mustafic Fahrudin while on the way out.

A fan who was in the stands informed TMSG through a DM that Kopitovic had informed fans who had waited for him that he “did not fight” and “stopped the fighting”.

For Tampines Rovers, this seems a trend as it is second time this season that the clubs and it’s fans are in the limelight, following the 24 July incident at the Jalan Besar Stadium.

Following the disciplinary hearing, Tampines Rovers was fined $5,000, in addition to punishments meted out to assistant coach Mustafic.

What is unfortunate is that Tampines chairman Desmond Ong brushed off the latest shenanigans by his club’s fans and skipper, if it is true that he was the instigator.

He told the Straits Times that “football is a very passionate sport and, as we’ve already seen this season, passions can run over.

“Ultimately there’s a lot of mutual respect between the teams.”

Ong glosses over the fact that his club has been involved twice in off-field issues and uses passion as an excuse.

Passion is not an excuse when it borders on hooliganism.

And action needs to be taken on the parties responsible for the latest shade of idiocy to hit Singapore football, something it surely can do without.