Loud bang and then a ceiling spotlight crashed to the ground at the Singapore Basketball Centre during a women’s league match. 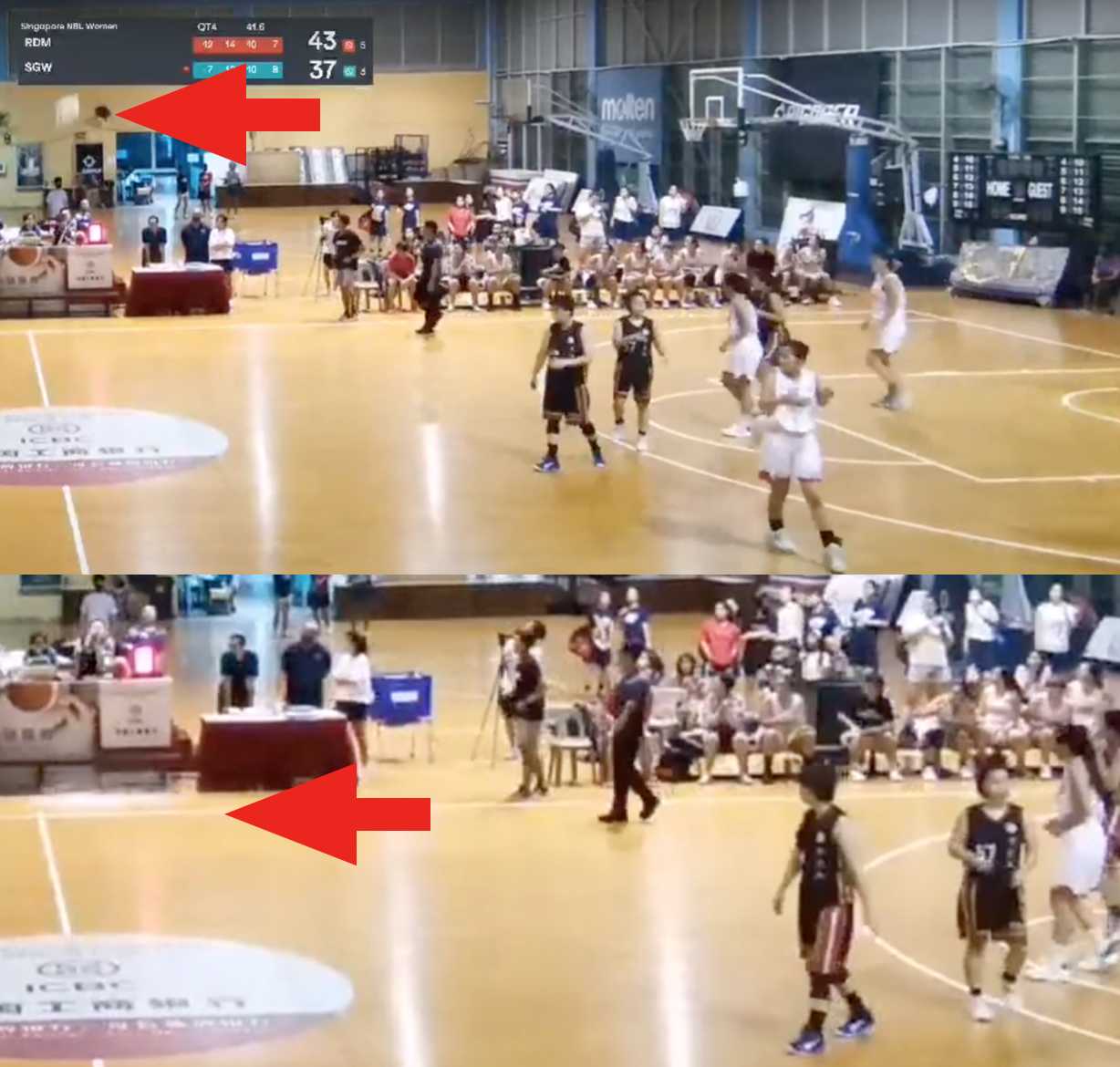 A loud bang and then a ceiling spotlight came crashing down right during a Women’s National Basketball League match at the Singapore Basketball Centre in Aljunied on 12 November.

The incident happened in the fourth quarter of the Pennant Cup match between Radin Mas CSC and Siglap White with Radin Mas leading 43-37.

The facility is owned by Sport Singapore and is leased to the Basketball Association of Singapore for league and national training sessions.

The match was also streamed live on BAS’ Youtube channel.

The incident happened at 3:31.17 of the stream with the spotlight crashing down right in front of the scorer’s table.

No one was injured in the incident.

In four images, TMSG can provide a quick rundown of what transpired.

This is how the ceiling lights look like from a broad angle of the venue.

A witness to the incident at the match submitted the video to TMSG.

“The basketball community has been giving feedback on the poor conditions of the facility for a long time,” said the TMSG reader who alerted TMSG to the issue.

The informant also said in a Facebook DM that the basketball courts have also caused injuries to several players, without going into details.

In addition, the informant also added that “the roof leaks all over the place when it rains and for a game like basketball that is extremely dangerous.”

“But a floodlight falling from the ceiling in the midst of a game? That takes the cake.”

TMSG has reached out to the BAS for a response and will update this story if they respond.

IF YOU HAVE AN OPINION ABOUT THIS, WRITE TO US AT HELLO@TMSG.SG OR JUST DM US ON OUR SOCIALS.