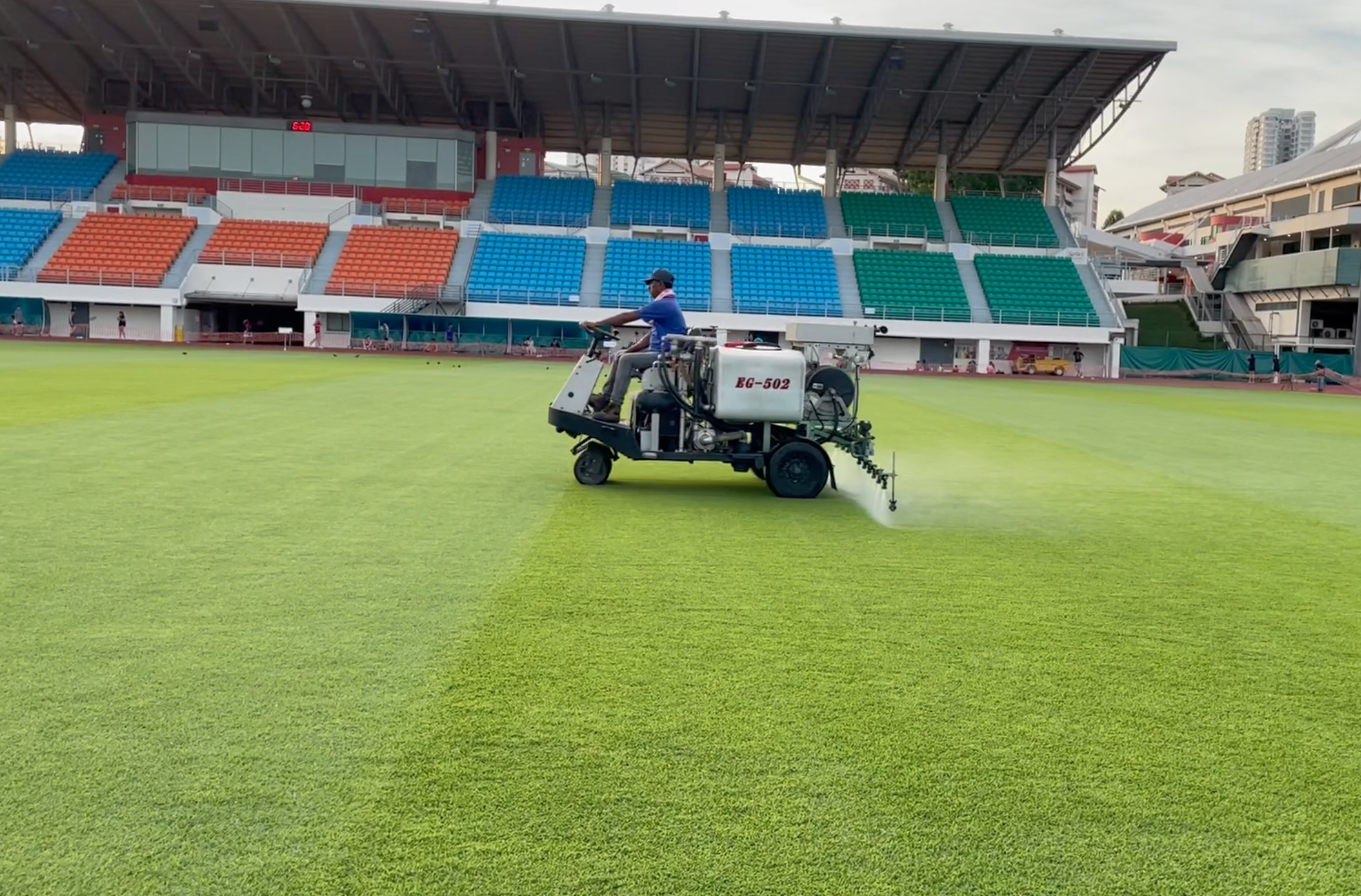 After two long years and two Singapore Premier League seasons, it looks like the Lion City Sailors can finally head back to the Bishan Stadium.

Over the last week, TMSG has received photos and a short video showing the progress of the pitch at Bishan Stadium, last used by the Sailors as their home base in 2020.

A short video of the turf being treated was also sent by a reader.

Apart from the workers getting the pitch ready, there were about 30 track and field athletes going through their paces, including current sprinter Brian Marc Louis, who was training with his coach Benber Yu.

The Sailors last used the Bishan Stadium as their home stadium in 2020.

Watch the video below from the 2020 season following the restart of the league after the lockdowns instituted because o the pandemic.

Following the conclusion of the 2020 season, the Bishan Stadium pitch was closed for play as it underwent a returfing exercise.

With the pitch laying completed towards the end of 2021, the venue was then used for the Suzuki Cup Group B matches involving Malaysia, Vietnam, Indonesia, Laos and Cambodia during the 2020 Suzuki Cup (now renamed Mitsubishi Electric Cup) which was held in Singapore.

However, following the tournament, the pitch was declared as unplayable even though the turf had been freshly laid.

See photos of the turf just after the Suzuki Cup shot at the start of 2022.

TMSG had also written about the state of the pitch in a story published on 7 January 2022.

As a result of the state of the pitch, the Sailors utilised Jalan Besar Stadium as its home stadium for the entire 2022 season, as the pitch at Bishan Stadium was replaced by facility owner Sport Singapore.

TMSG has reached out to Lion City Sailors for a response to the use of Bishan Stadium in 2023 and will update this story when we receive a response.