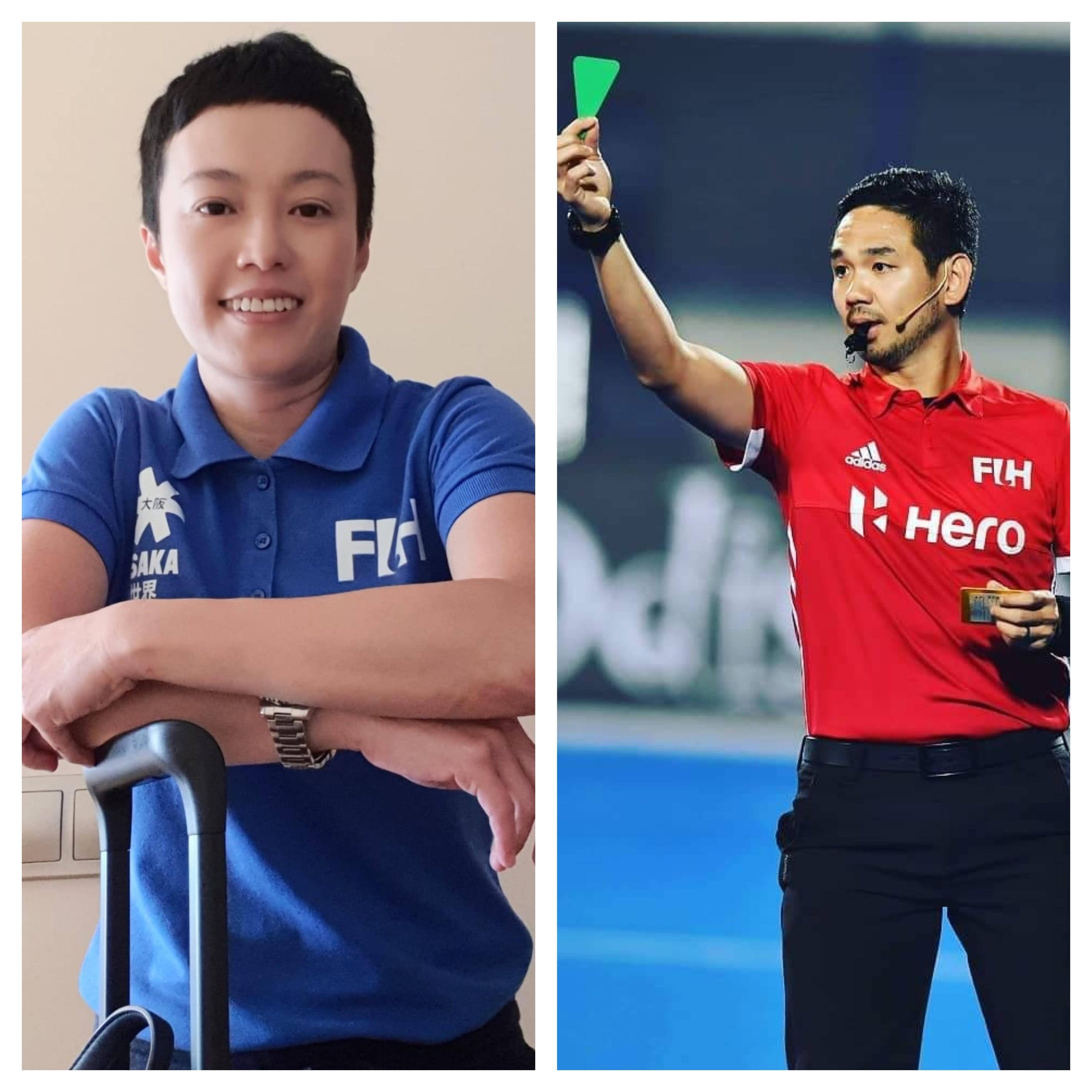 Two of Singapore’s hockey officials are set for the Tokyo Olympics.

Lilian Chee and Lim Hong Zhen will be officiating at the upcoming Olympics in Tokyo.

Chee and Lim are among the world’s top hockey officials.

This will be their second outing at the Olympics as officials.

Said Chee, “The Tokyo Olympics milestone which I have been working towards for the past decade. It involves numerous years of officiating at different levels of tournaments to earn a chance to compete with other officials around the World to be selected for the Olympic Games.

“It’s an honour to be appointed and I’m grateful for the support that FIH, Singapore Hockey and my employer, Singapore Tourism Board, have given me to pursue my passion”

Added Lim, who works as a Manager at Sports Singapore, in charge of the ActiveSG Hockey Academy with the Academies and Clubs teams.

“Being able to represent Singapore and to be involved again in the games in another capacity, as an umpire, at the highest level is always a privilege and honor. I am very thankful for the opportunity and support from my family to allow me to take time away to achieve this Olympics dream as an Official.

“I am also lucky to have the support structure from the local, regional and International Federation throughout my career and will definitely cherish this chance to showcase what Singapore officiating is as good as any (around the world).”

In hockey, a Technical Official is overall in charge of an international hockey match and manages all aspects from pre-match lineups to the final confirmation of the match result while an umpire is responsible for managing the conduct of the match play such calling out the fouls, determining if a goal has been scored.

Singapore Hockey has been well represented in the area of technical officiating internationally and began making their presence felt from the Seoul 1988 onwards.

At the 2016 Rio Olympics, Singapore hockey was represented by two technical officials and 1 umpire at the event.

The International Hockey Federation (FIH) maintains a list of their top Technical Officials and Umpires.

In the Technical Officials category (Olympic & Pro League), Singapore has one male and one female in the top category.

Only India has the same number of Technical Officials in this top category as Singapore.

Korea Republic, Malaysia, Pakistan and China have no officials in this category while Japan only has one male.

In the Umpires category (Olympic & Pro League), Singapore has two representatives – one male and one female.

The following is the representation among the top Asian countries:

President of Singapore Hockey Mathavan Devadas was proud that Singapore punches well above its weight when it comes to officiating at the world level.

He said, “We devote a considerable amount of time to talent identification, and development, same as would be done for a national athlete.

“Once an official shows potential, he or she would be shown a pathway to achieve international and then World Cup or Olympic status.

“There are currently several Singaporean young men and women who have already broken into the international arena and are working their way up the ladder to get where Hong Zhen and Lillian find themselves.

“We hope that more players will take this route, one is never too young. The stars are well within reach.”