No lift. No scoreboard. The Jalan Besar Stadium is not fit to host a major football competition. 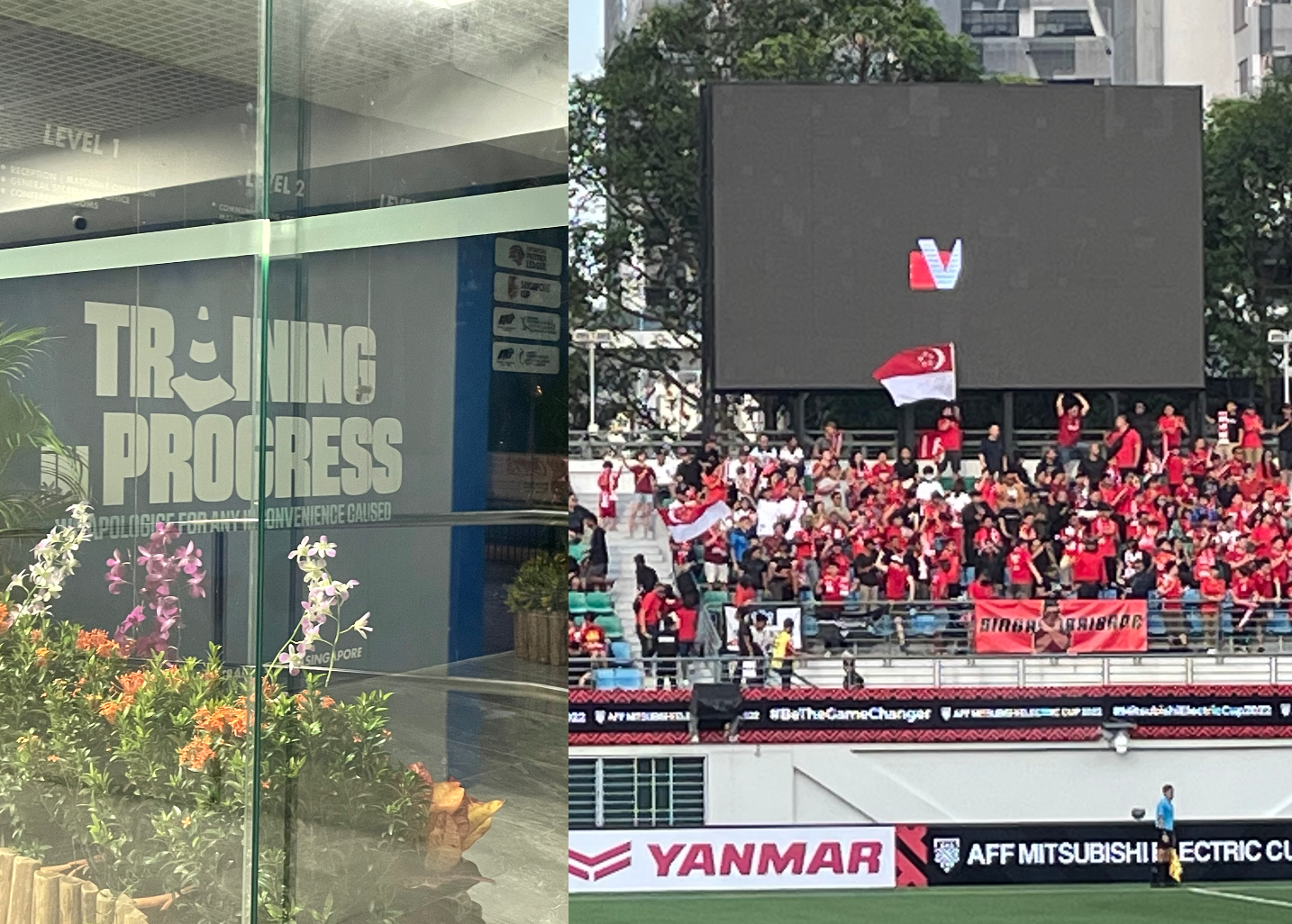 The Jalan Besar Stadium is not fit to be the venue for Singapore’s Group B home matches for the ongoing ASEAN Football Federation Mitsubishi Electric Cup against Myanmar and Vietnam.

Or any other major football competition.

The scoreboard in the venue, which faces the main spectator stands, was not operational and only showed part of what appears to be a ‘V” during most of the proceedings.

Towards the end of the match, the board was turned off.

Fans had no clue about the score, or could not see the timing clock for the proceedings, a basic necessity for any football match day experience.

In addition to the malfunctioning scoreboard, the only lift in the stadium, meant to serve fans in wheelchairs and special guests who need access to the VVIP area on level three, was also not in use.

In fact, the lift has not been operational for more than a year, according to various sources who spoke to TMSG.

Club officials who have used the Jalan Besar Stadium for Singapore Premier League matches have shared how challenging it has been to serve fans who need wheelchair assistance.

How would a player in crutches post surgery head up to the VVIP area to watch a match?

It is not known why it has been taking so long for Sport Singapore, the facility owners, to get the only lift at the venue fixed.

A photo taken on 24 December after the Singapore-Myanmar match read “TRAINING IN PROGRESS” and apologised for the inconvenience caused, with the lift area hoarded up like it was non-existent.

The question is: how long does it take to get a lift repaired or replaced?

And wouldn’t the national football body and the national sports agency be embarrassed by the state of its football headquarters, given that special guests will be attending the two home matches?

Here’s another question which fans should demand answers about.

Why is it Malaysia was able to host its home match against Laos at the Bukit Jalil Stadium on 24 December, even though the same venue hosted a JJ Lin concert on 18 December?

Singapore’s National Stadium was used for a Jay Chou concert on 17 and 18 December.

Were there any other major bookings for the National Stadium on 24 December or even on 30 December, when Singapore plays in second home match against Vietnam?