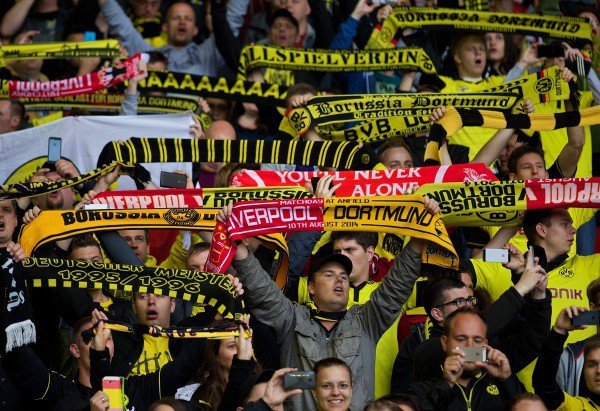 Football fans of English Premiership club Liverpool and German club Borussia Dortmund have been nominated for a FIFA Fan award for outstanding fan gestures in 2016.

Both sets of fans demonstrated a sense of solidarity before the UEFA Europa League quarter-final clash on 14 April 2016.

The new award will be presented at FIFA’s Best Football Awards ceremony on 9 January to be held in Zurich.

Even if you are not a fan of either of the clubs, this rendition of You’ll Never Walk Alone, sung during will give you goosebumps.