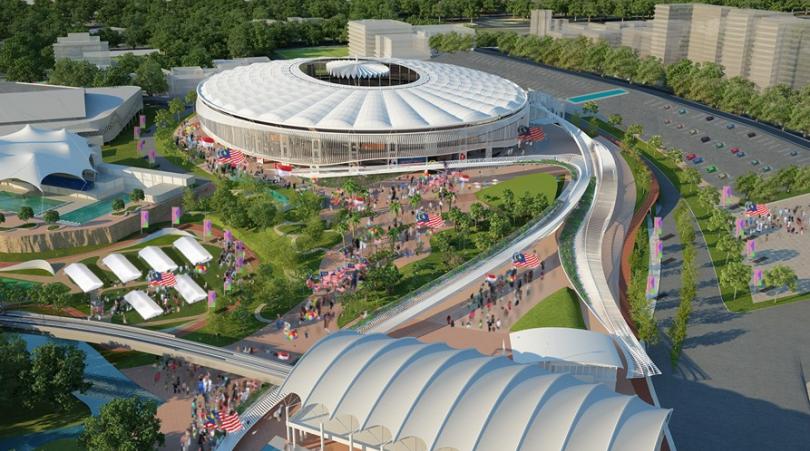 The Bukit Jalil Stadium and its sporting precinct needs no introduction to any sports fan in Singapore.

While it was built in 1998 for the Commonwealth Games which Malaysia hosted then, the venue replaced the Merdeka Stadium as the defacto national stadium for Malaysians after it was opened.

The precinct also includes a hockey stadium, an aquatic centre, an indoor stadium and a squash arena, very much like the Singapore Sports Hub, which does not have a squash court though.

Sports fans who have been around long enough will recall that the Bukit Jalil Stadium has hosted the Asian Cup in 2007 and exhibition matches involving English sides such as Manchester United, Manchester City, Chelsea, Liverpool  and Arsenal.

And those who go back all the way to 1998 will remember how Singapore’s contingent was greeted by “friendly boos” when they made their entry into the stadium during the opening ceremony of the 1998 Commonwealth Games.

See 8:40 of video just in case you were not born then:

With Malaysia set to host the 2017 Southeast Asian Games this year, the Malaysia Stadium Corporation which oversees the administration of the precinct, have embarked on a five-year plan to give the Singapore Sports Hub a run for its money.

The stadium also signed on its first commercial naming rights partner on 16 January 2017, and renamed the indoor arena the Axiata Arena. It is the first naming rights partnership for a stadium in Malaysia, said Malaysia Sports Minister Khairy Jamaluddin on his Twitter account.

The Axiata Arena to Bukit Jalil is what the OCBC Arena is to the Singapore Sports Hub.

With Singapore currently at 14th place in the SportBusiness Ultimate Sports City 2016 list and with Malaysia seven places behind, it will only be a matter of time that Kuala Lumpur creeps up on the Lion City in the standings.