Baihakki back home with the S.League 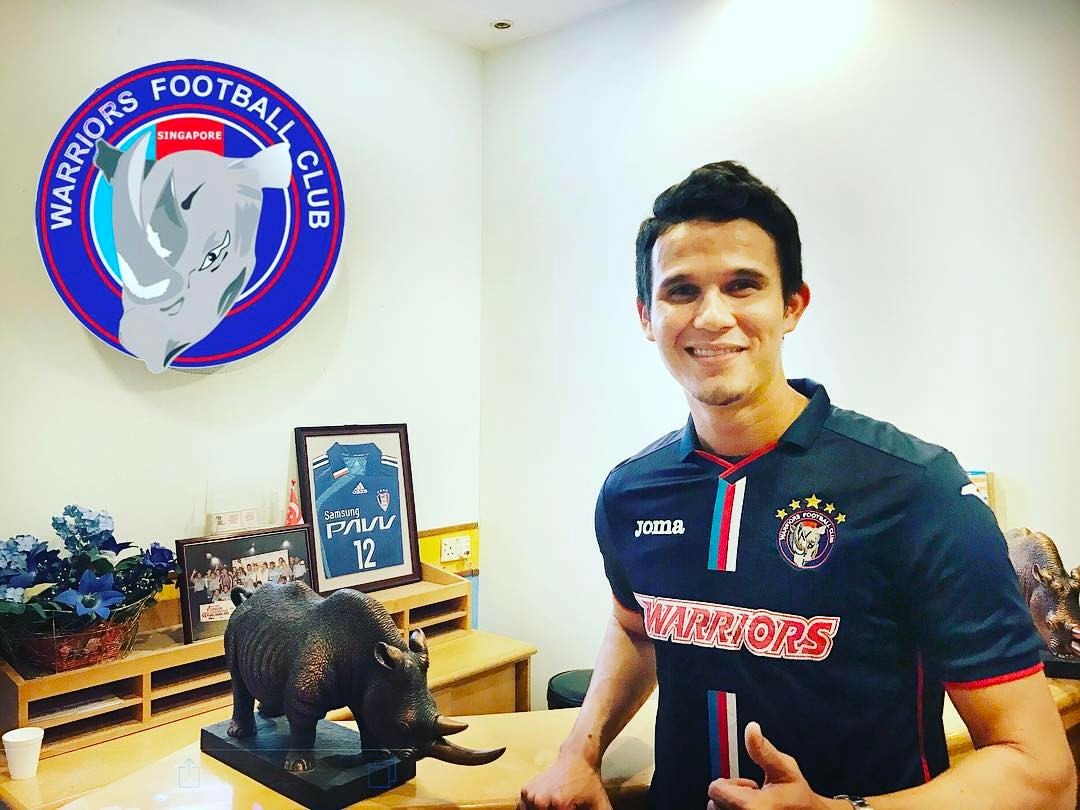 One of Singapore’s longest serving national team members Baihakki Khaizan will return to the S.League for the first time since 2009 when he turned out for Geylang United.

On 17 January, the 33-year-old announced on Facebook that he had signed for the Choa Chu Kang-based Warriors.

He said: “I’m proud to announce my return to the S-League. I’ve agreed the terms and officially signed with Warriors FC. Looking forward to a fruitful season.”

A member of Radojko Avramovic’s treble-winning side at the Tiger Cup and Suzuki Cup in 2004, 2007 and 2012, Baihakki has spent the last seven years of his career playing in Indonesia and Malaysia with Johor Darul Takzim.

When Singapore won the Suzuki Cup in 2012, Baihakki scored the Lions third goal in the 3-1 victory over Thailand at the Jalan Besar Stadium. Former national coach Avramovic commented that Baihakki’s goal in the dying minutes of regulation time in the two-legged final probably sealed the trophy for the Lions.

See video of his goal here:

Baihakki was also a member of the LionsXII side which won the Malaysian Super League title in 2012.

With more than 120 international caps to his name in an international career which started in 2003, he was also the S.League’s Young Footballer of the Year in 2003, when he was turning out for Geylang United.

However, in 2014, he was released on loan with the LionsXII which participated in the Malaysian Super League.

His Lions team-mate Shahril Ishak, who was also his team-mate in Johor Darul Takzim, has also signed on with the Warriors.