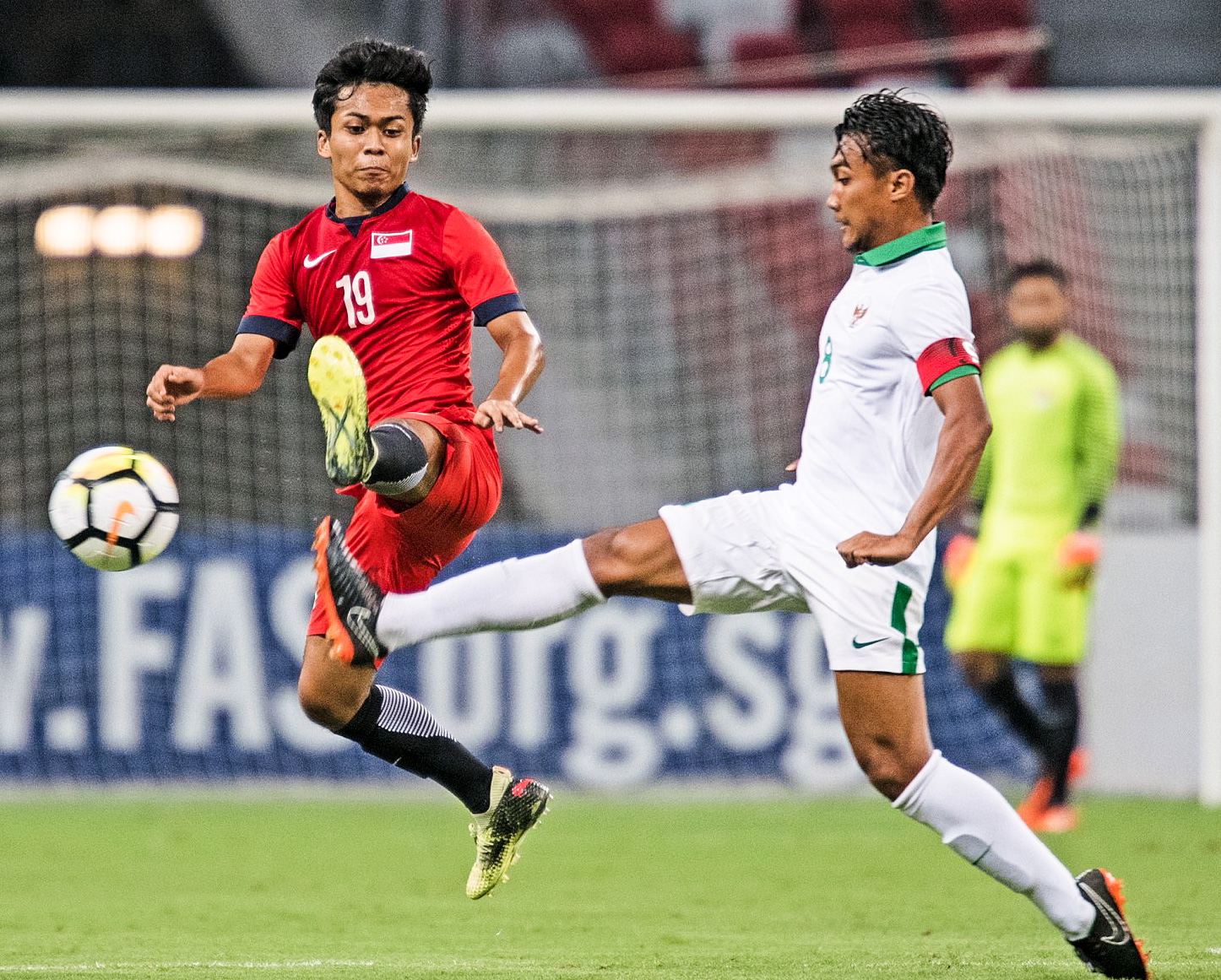 Singapore can forget about the Asian Games 2018 football tournament.

Actually, Singapore should forget about the Asian Games 2018 football tournament, especially if the Young Lions’ performance against its Indonesian counterparts on 21 March was anything to go by.

At the National Stadium on the same evening the Football Association of Singapore announced a new rebranded Singapore professional league branding, the Young Lions displayed a shocking performance as Fandi Ahmad’s charges slumped to a 3-0 defeat in front of Singapore’s own home fans.

The match was seen as crucial for Fandi’s boys to get the nod from the Singapore National Olympic Council (SNOC) for the Asian Games in Jakarta in August this year.

Unfortunately, Fandi was not able to inspire his team in his first match in charge of the team.

“We can play other teams like Indonesia, Malaysia, Thailand, Vietnam and Japan and we are left behind now in terms of technical (ability), speed of the game and power,” Fandi said.

“I can’t blame the boys as most of them are students. In all areas, first and foremost, we need to be fully professional. We hope that they don’t have to miss training because anywhere else in the world at this age group, 19 to 23 years old, they will have eight to nine sessions a week and we are not near there.”

Exactly why Fandi and his team should focus on doing better first before getting embarassed at the upcoming Asian Games.