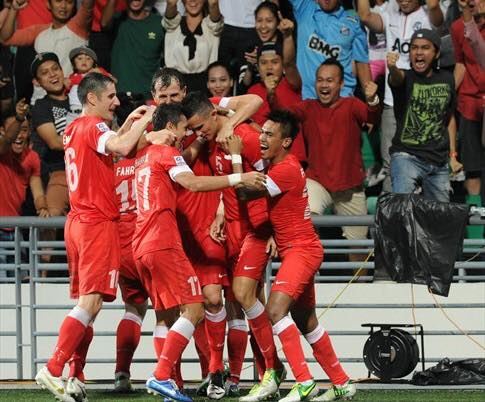 The beatings received by Singapore’s Under-19 side at the recent ASEAN Football Federation U19 tournament in Indonesia could not have come at a worse time for Singapore football.

When Singaporeans are enjoying free viewings of World Cup matches at community clubs while supporting their adopted nations of Brazil, England and Argentina, news that the Young Lions were getting battered at an U19 youth tournament left many shaking their heads in disbelief.

That the U19 Singapore national coach Robbie Servais was allowed the help Australia at the World Cup in Russia despite having a major assignment with his young Singaporean charges is a further indication of how poor decision making is affecting Singapore football.

The Lions are now ranked 169th (it was 172 a month ago) in the world, and Singapore will also not be represented at the Asian Games in Jakarta for the first time since 2006.

The failure of the Singapore football dream, and the disillusionment of the public towards the sport should not be taken lightly.

The turnaround will not be easy, and the journey ahead for the Football Association of Singapore will be arduous.

Perhaps the FAS could use a “Triple A” strategy to help itself move forward.

Admit that it has failed, and that it needs to start from scratch all over again. Admit that all isn’t well with football and stop making public relations statements which indicate that there is progress because the fact is there isn’t, and football has hit rock bottom.

Accept that we are lagging behind in many areas, including in facilities, finance and even interest in the local leagues. Accept that new models of development of the sport need to be considered, and that FAS alone does not have all the answers to the current malaise.

Ask for the public to be patient and be honest with them. Manage the expectations of the Singapore football fan and help them understand that this is going to be a long bumpy ride to recovery. Win them over through brutal honesty, and not sugar-coated five-year strategic plans which have gone absolutely nowhere.

While we will and should always wear our national jerseys and shout ourselves hoarse for our national teams, the FAS needs to take some hard decisions and lead the sport back from the ashes.

The road to recovery has to first start from within.