Ben Davis signs pro contract with EPL side Fulham. Could be first Singaporean to play in EPL. 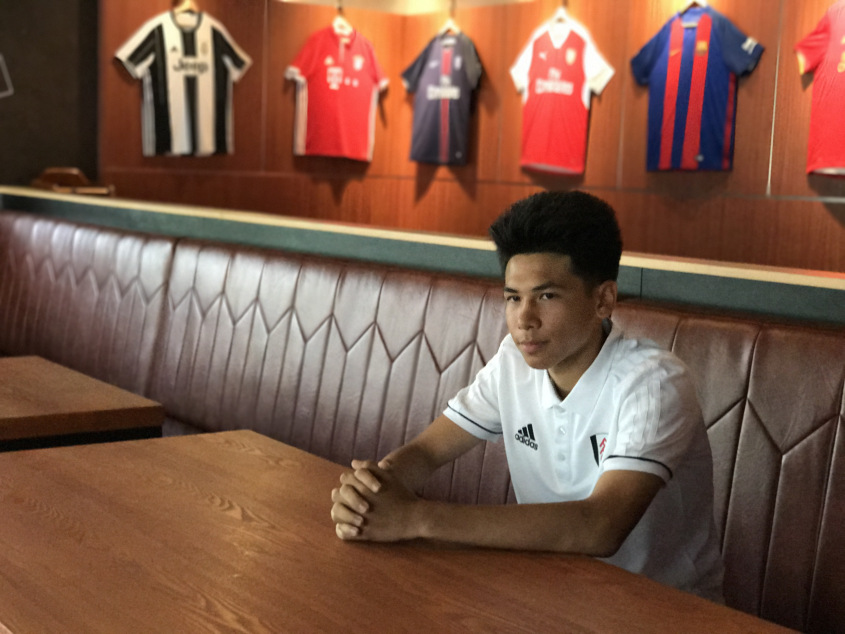 A year ago, Benjamin Davis signed a scholarship with the Fulham FC Academy.

Barely one year on, Davis now has the opportunity to become Singapore’s first ever footballer to play in the English Premiership after signing a professional contract with the club, which was announced on the club’s official website earlier on 13 July.

A former Singapore Sports School student, Ben had become the first Singaporean to sign for an English club last year since Daniel Bennett played for third-tier team Wrexham in 2003.

Now he has one-upped on Bennett by being the first Singaporean to sign for an EPL side.

Fulham was promoted to the top tier after finishing third last season in the Championship and making it after the playoff against Aston Villa.

Said Ben: “Initially I was so happy and then excited. I really didn’t expect it as I am still the first year of my 2 year scholarship although I did have a good second half of the season.”

Ben added how he is hoping to push himself to train with the first team and then become the first ever Singaporean to play in the English Premiership.

Ben’s father, Harvey Davis who is Managing Director of JSSL Singapore, a football academy, said he was extremely proud of his son.

He said: “Proud, proud and super proud. Its hard to explain the feelings when I was informed knowing that all his hard work, commitment and dedication had paid off. It wasn’t expected as Ben was still in the first year of his scholarship and to receive this so early was just great news and recognition of his sheer hard work and determination.”

He added how his son has always been self driven.

“Even when he was at JSSL he would always push and challenge himself. He was never 100% satisfied and looked at ways he could improve his game. Credit has to go to his main coach Gavin Lee for guiding him and coaching him in his last years in Singapore when he was at JSSL and Sports School.”