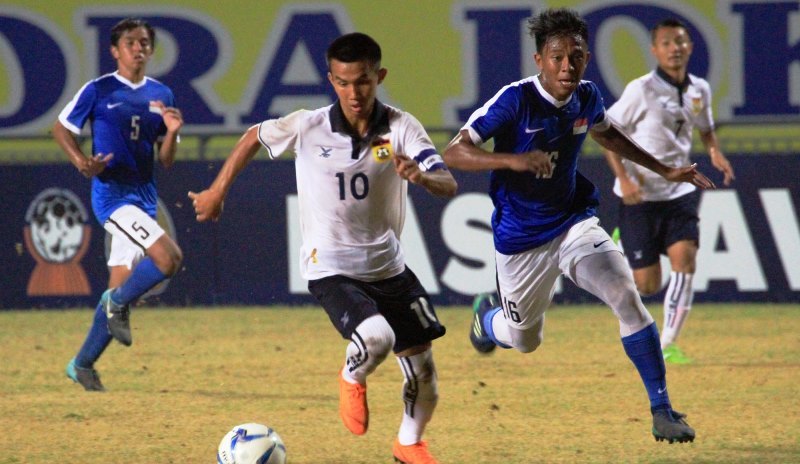 Singapore’s national U-16 side fell to a 2-1 loss against Laos on match day two at the Asean Football Federation Under-16 championship being held in Gresik, Indonesia.

According to the AFF official website, Laos were not spectacular but they did just enough with a double from Chony Wenpaserth to beat Singapore 2-1.

The Laotians who had overcame Brunei 3-2 in their opening match of the group two days earlier, played with the same vigour against a fresh Singaporean side playing their first match of the tournament.

But two goals in each half were enough to give Laos their second full points as Singapore pulled a goal back late in the game for their first loss of their campaign.

“It is good to get two good results from two matches. And the combination play and understanding between players are developing well,” said Laos head coach Kanlaya Sysomvang.

“We defended and attacked well, so the players played their part. We will only get better from here.”

Despite the loss, Singapore’s coach Ryo Shigaki said he was optimistic.

“We tried hard to press them but it was obvious that they were very dangerous in the counter attacks,” said Singapore coach Ryo Shigaki.

“We are in a very tough group but we are optimistic.”