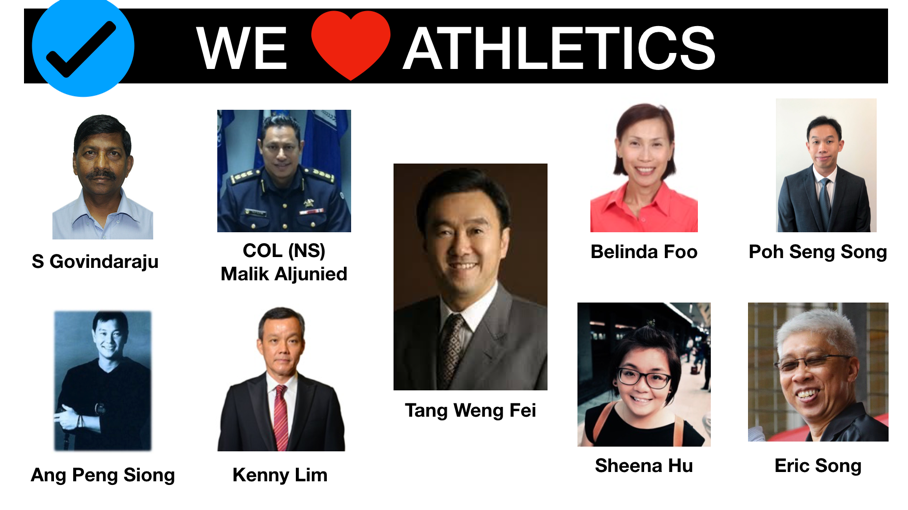 A team led by businessman Mr Tang Weng Fei which will be contesting at the upcoming elections for office bearers for the Singapore Athletic Association (SAA) has been served an administrative boost.

On 2 August 2018, the team added a ninth member to their slate of candidates with the introduction of Mr Eric Song to the team. An official email to all of the SAA’s 21- voting affiliates confirmed the on-boarding of Mr Song to the slate.

57-years-old, Mr Song is not stranger to the track and field fraternity. He is currently an Associate Director at the Singapore Management University.

In addition, Mr Song has also serve five years as a Director-General at the SAA from 2002 to 2007, while on secondment from Sport Singapore.

Said Mr Song: “It is an honour for me to be part of the team being led by Mr Tang Weng Fei. The team is made up of some outstanding individuals with loads of experience and expertise, and am glad to be able to stand alongside all of them as we aim to contribute towards the sport of track and field in Singapore.”

Mr Song heads the Sports and Adventure cluster at the SMU, and provides strategic directions and planning for sports and adventure co-curricular activities for students at the SMU.

While he was on secondment at the SAA for five years, he was the head of the secretariat and was responsible in the management and administration of the association.

While at Sport SIngapore, he was one of the pioneer officers in the Sports Excellence Division, which was launched in 1993.

Welcoming Mr Song into the team, Mr Tang said: “Eric is no stranger to the sport and has been involved in track and field in many ways for almost the entire course of his life. He brings a wealth of experience to the team and we are glad that we have him on our slate of candidates.”

The complete slate of candidates in Mr Tang’s team is now as follows: