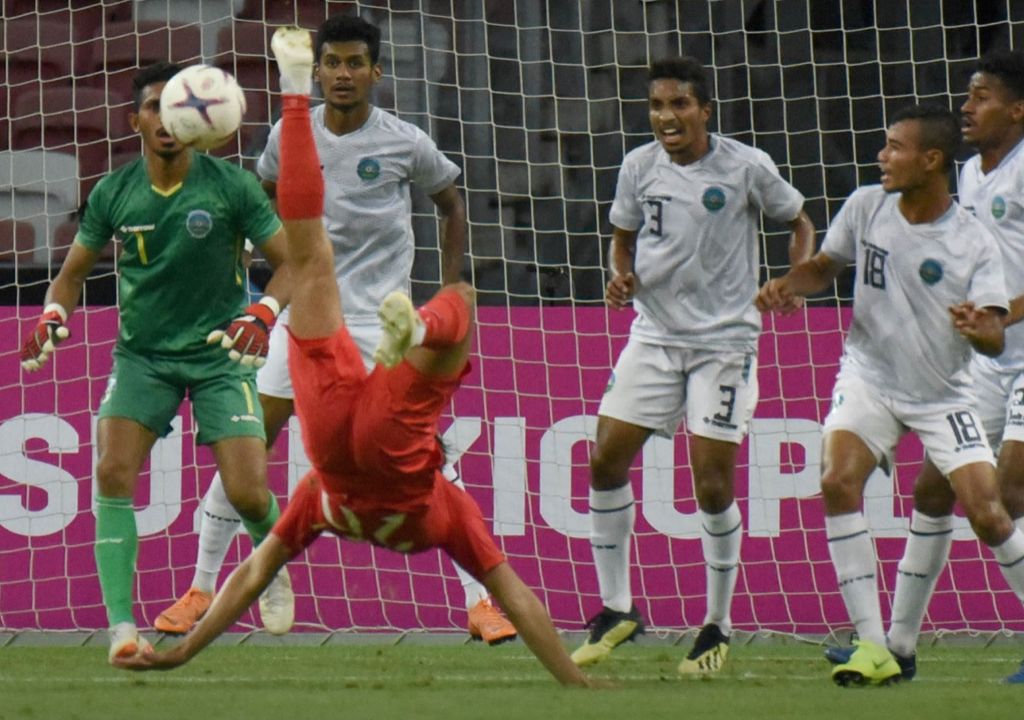 Ahead of its crucial group stage match against Thailand at the Rajamangala Stadium tonight (25 November), Singapore national interim coach Fandi Ahmad put up a brave front.

At the pre-match media conference, Fandi said that his players had a plan to “irritate” the War Elephants and his “our job is to destroy”.

He have “no fear” and that the Lions will “try to give a strong fight” but was not confident enough to state he would be able to pull off a win, which is what will be necessary for the Lions to secure a place in the last four.

The Lions can make it through to the semi-finals if they beat Thailand, regardless of what happens in Jakarta between the Philippines and Indonesia. A draw in Bangkok for the Lions will help take them through if the Azkals lose in Jakarta.

Can Singapore beat the Thais in Bangkok?

They have done it before.

In 2009, the Lions pulled off a 1-0 win in an AFC Asian Cup qualifier in 2009 through Aleksandar Duric’s 37th-minute headed goal off a Shaiful Esah corner.

The last time Singapore beat Thailand was during the finals of the 2012 Suzuki Cup when Singapore pulled off a 3-1 victory at the Jalan Besar Stadium.

After two seasons of group stage exits in 2014 and 2016, Fandi added: “Our players are ready. We know the Thais are very strong at home, they have good players, but we have our own plan and very importantly, we must stay compact.”

Is a hattrick of early exits beckoning for the Lions or will Fandi and Co pull off a miracle?