Lions are out. Again. 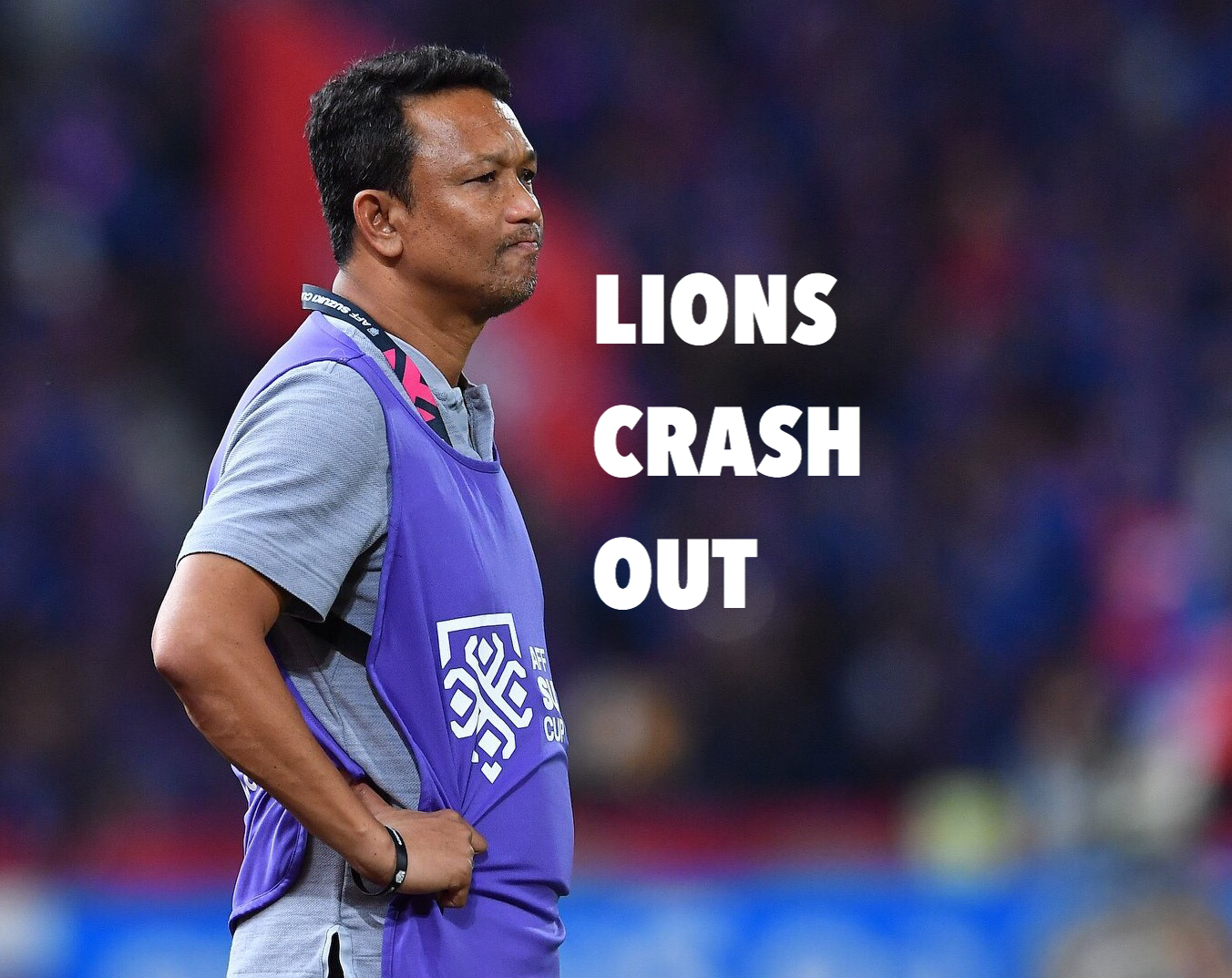 Singapore crashed out of the 2018 ASEAN Football Federation Suzuki Cup after a being served a 3-0 defeat at the hands of Thailand in Bangkok in a Group B clash.

The defeat means that the Lions have now failed to get past the group stages of the Suzuki Cup since 2014.

Singapore’s atrocious defence was mainly to blame for the Lions capitulation in Bangkok.

The Thais were up in as early as the 12th minute after Irfan Fandi kept the entire Thai frontline on side and the War Elephants went two up before the break, before adding another in the second half.

Indonesia drew the Philippines at home in Jakarta which meant that both Thailand and Philippines qualified for the knockout stages from Group B.

Fandi, who’s tenure as interim national coach comes to an end, conceded that the Lions were just not good enough.

He said: “Thailand deserved to win, they were the better team. If you compare, we are miles behind Thailand.”