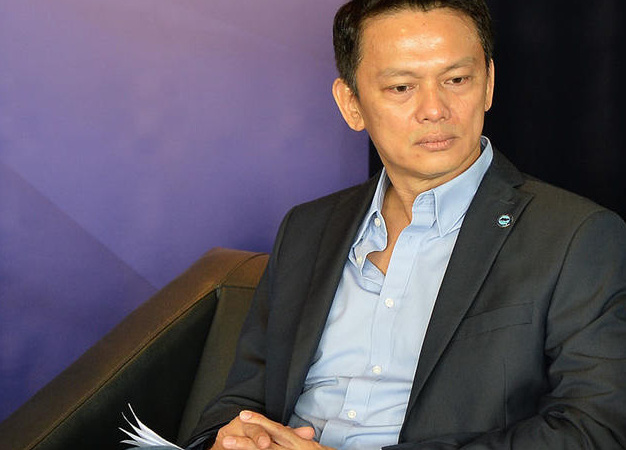 By Haresh Deol of TwentyTwo13.My

The ongoing Asean Football Federation Suzuki Cup has provided a lot of drama.

However, football leaders will be keeping close tabs on another exciting episode – nominations of the Asian Football Confederation (AFC), in particular, the vice president’s post, which closes at midnight on 6 December 2018.

One of the five vice president’s post is for a representative from Asean.

And it looks like AFF is staying out from the race in this “free for all” battle.

AFF general-secretary Datuk Azzuddin Ahmad, who is in Hanoi, Vietnam, was unsure who would represent the region and did not want to comment further.

Insiders said the sense of solidarity among member nations is eroding due to overly ambitious officials.

But there are those who view it as healthy rivalry.

In the past, the Asean Football Federation would nominate one candidate for the post after talking to member federations.

Little has been heard about Winston Lee, the AFC vice president representing Asean, following a police linking the Singaporean and several other Singapore FA officials.

While there have been no updates on the police investigation, it remains to be seen if Lee will defend his position.

And then there’s Myanmar Football Federation U Zaw Zaw and FA of Malaysia president Datuk Hamidin Amin, whose names have been mentioned ahead of the closing of the nominations.

But it remains to be seen if Zaw Zaw and Hamidin, who are perceived to have a cordial relationship, will take on each other.

Zaw Zaw, a tycoon who is also involved in philanthropic work, has been wanting to elevate his status in football.

Hamidin, the first commoner to helm FAM after decades of rule under royalty, is eager to brand himself across Asia – and perhaps inch his way into the world body.

Hamidin, who returned from Bangkok today, declined to speak about the matter as he wanted to focus on Malaysia’s match against Thailand in the second leg AFF Cup semifinal.

Malaysia managed a 2-2 draw (having settled for a goalless draw in the first leg in Kuala Lumpur) and the away goal rules enabled Harimau Malaya to book a spot in the home-and-away finals on Dec 11 and 15.

They will know their opponents after tonight’s second semifinal between Vietnam and the Philippines.

Hamidin got two of the most important football leaders in the world – AFC president Sheikh Salman Al Khalifah and FIFA president Gianni Infantino – to launch FAM’s F3 roadmap on Oct 31. Sheikh Salman and Infantino were in Kuala Lumpur for an AFC Congress.

But observers at Mandarin Oriental said intense lobbying has started ahead of the April 6, 2019 AFC elections as Sheikh Salman is eager to retain his position.

Following the ‘tamper or hide’ fiasco involving former AFC general secretary Datuk Alex Soosay which was exposed in 2015, Sheikh Salman would want to ensure the regional body would not be rocked by scandalous individuals.

The list of nominations will be made public soon and we will see which Asean leader will be eyeing a spot in AFC.

This article was first posted on twentytwo13.my