No go to Albirex Niigata for Young Lions duo. 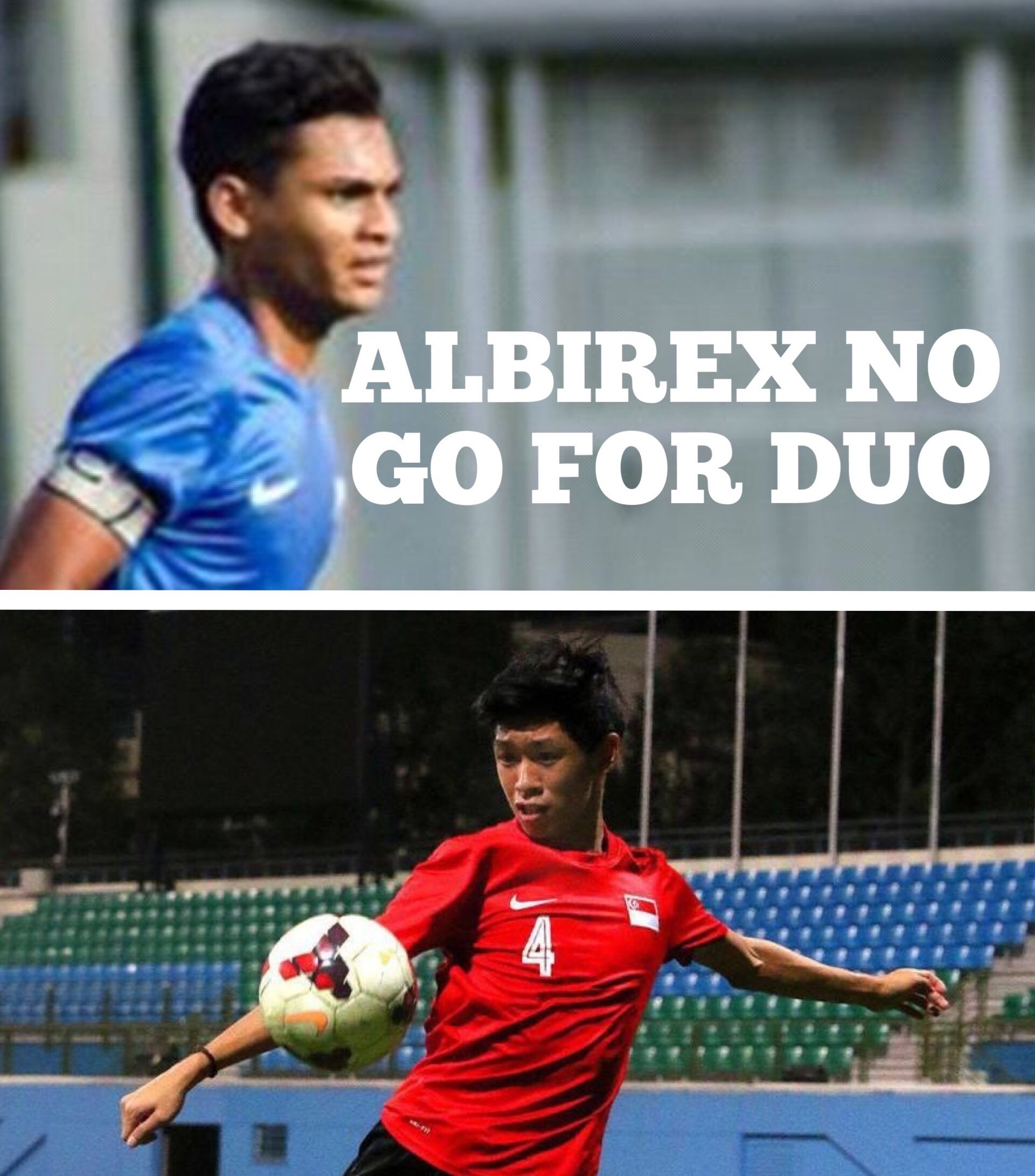 Young Lion Saifullah Akbar who was wanted by Albirex Niigata for the 2019 season, has not been allowed to leave the club. See earlier story here.

Likewise, another Young Lion Joshua Pereira has also been told he will not be able to join the White Swans even though he was being sought by the Jurong East Club.

Also, both Saifullah and Pereira are contracted to Young Lions till the end of 2019 but can activate an exit clause in their contracts by giving the Young Lions a month’s notice.

In responding to queries by the Straits Times, Young Lions coach and national under-23 coach Fandi Ahmad said: “We want to have the U-22 players train and play together regularly for the Young Lions.”

He added that this is mainly due to the players needing to play together in three regional tournaments in 2019 including the Southeast Asian Games.

However, two players, Irfan Fandi and Hami Syahin have been allowed to join up with other clubs.

Irfan, Fandi’s eldest son, has joined BG Pathum United in Thailand while Hami will be in action for Home United.

Explained Fandi, “Hami is a key player, and hence we offered him an extension of his contract for the 2019 season when his current contract expired.

Wouldn’t this be a case of selective inconsistency in its policy to have different rules for different players then?

Fandi disagrees, and said, “Having had the experience of playing overseas, I am aware of the benefits such opportunities have on a player’s development.

“Players who have been offered an opportunity to play in oversea leagues will be encouraged to pursue the opportunity.”

Harry Pereira, father of 21-year-old defensive midfielder Joshua, is disappointed that his son will not be able to play for Albirex Niigata.

He told the Straits Times, “The irony is that the FAS (Football Association of Singapore) is willing to let our local boys train and play with them but, to a certain extent, they have come out to say that this is not the way forward for Singapore football – and that disappoints me.”