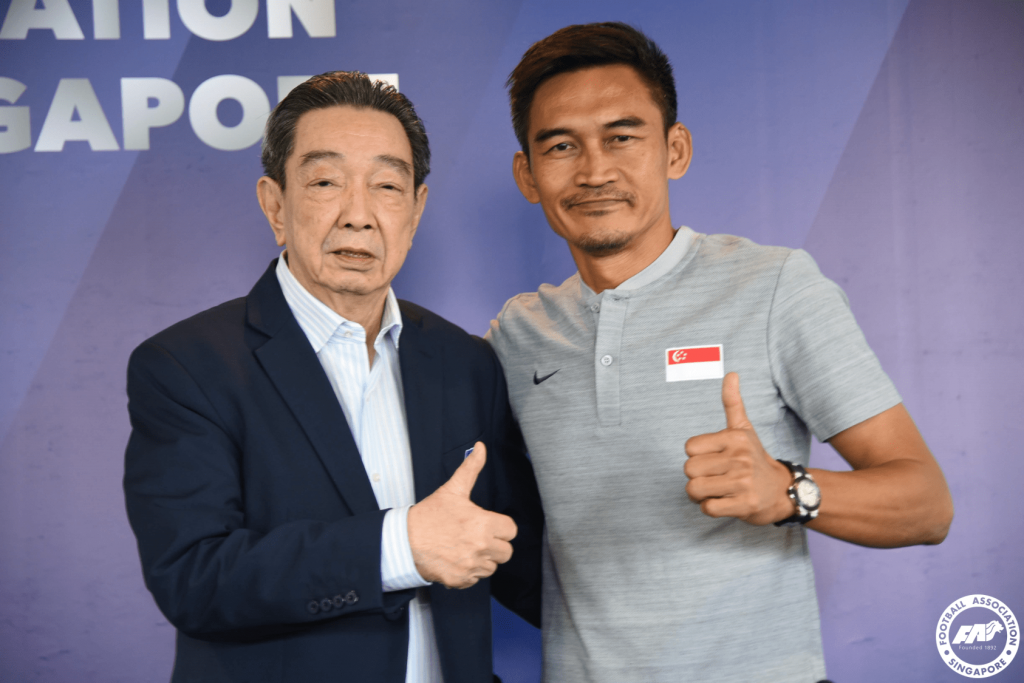 Former Lions captain Nazri Nasir has been appointed to lead the Singapore National Team for the AIRMARINE Cup 2019, a four-nation ‘A’ international friendly tournament to be held in Kuala Lumpur later this month.

It will be Nazri’s first time leading the Lions out to battle.

He said: “It is a dream and an honour to be able to lead the Lions for the AIRMARINE Cup 2019.

“I am familiar with our players, having worked with them in different capacities including in Lions XII.

“While our Under-22 players will be playing in the 2020 Asian Football Confederation Under-23 qualifiers, we have called up players whom I believe will be vital in our success in the tournament. We’re playing our first game against Malaysia and we will play our hearts out for our country.”

Hosted by the Football Association of Malaysia (FAM), Afghanistan, Oman and Malaysia will complete the quartet of participating nations apart from Singapore.

Singapore will face Malaysia on Wednesday 20 March, while Oman and Afghanistan will meet in the earlier match that day.

The third-placing match and final will be played on Saturday 23 March.

Full list of squad called up for the event can be found here.