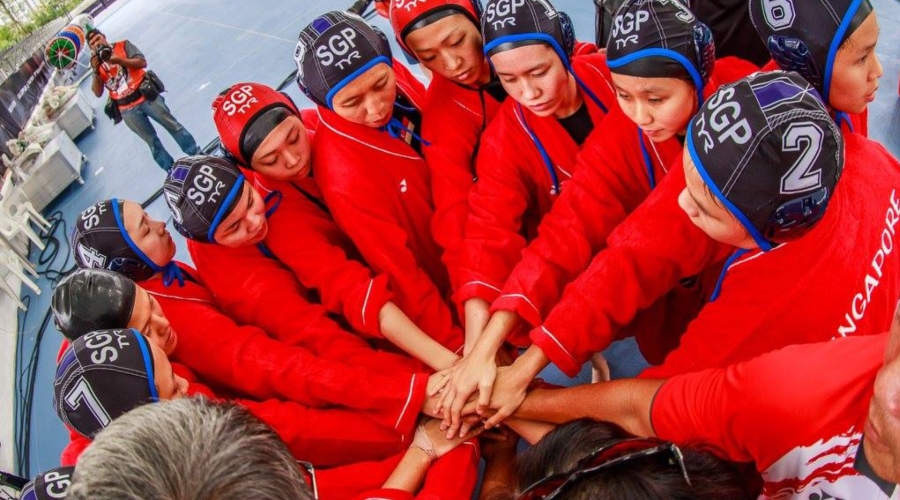 Singapore’s Women’s Water Polo team received a boost with the news that the sport has been included in November’s SEA Games in the Philippines.

The sport had initially been omitted in the final list of events that was released by the SEA Games organisers.

But following an appeal started by defending champions Thailand, and was signed by all the participating nations including Singapore, the organisers have accepted the inclusion of the sport.

A total of four countries will be competing in the event – Thailand, Singapore, Indonesia and Malaysia.

“I’m very happy that the organisers have decided to include Women’s water polo in the games. We are building a new team for the future, and this will be a boost to them and they have a competition to look forward to and train towards the mindset of challenging for the gold”, said Women’s Head Coach, Lee Sai Meng.

Singapore Women’s Water Polo won gold in their debut at the 2011 SEA Games in Palembang, which was also the first time that the sport was played in the SEA Games.

In 2013, the sport was not offered, and on home soil in 2015, the girls fell to a narrow defeat to Thailand in the gold medal match.

It was a repeat match up between Singapore and Thailand at the 2017 Kuala Lumpur games, and the Thais were victorious once more.

It will be a brand new team that will challenge for the gold in Clark in November, with three players – Gina Koh, Koh Xiao Li and Angeline Teo- remaining from the team in 2017, and 10 new faces coming in.

The captaincy has also changed hands, with Koh Ting Ting taking over from Gina, who led the team in 2015 and 2017.