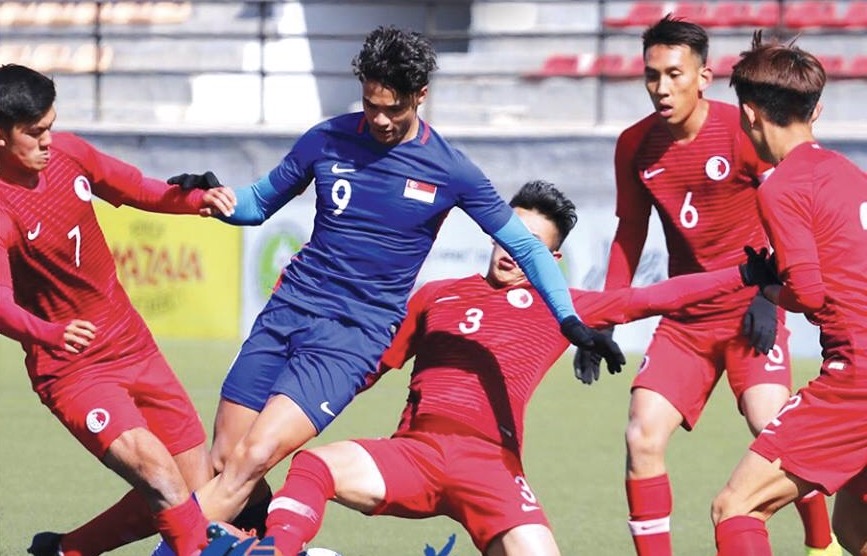 Singapore opened their Asian Football Confederation (AFC) Under-23 Championship qualifying campaign on a positive note by holding Hong Kong to a 1-1 draw in Ulaanbaatar.

According to the Football Association of Singapore website, Hong Kong had started strongly and looked more dangerous in the opening 15 minutes, but it was Singapore who nearly went ahead on 23 minutes when Ikhsan Fandi’s dangerous cross was palmed away.

Captain Joshua Pereira then spurned a good opportunity on half-hour mark when he skied his effort from seven yards after Hami Syahin’s cross was deflected into his path.

The second half did not start well for Singapore, who went behind on 52 minutes to Hong King’s Tsui Wang Kit’s effort.

However, there was an immediate response as Hami’s free-kick was headed on by Irfan Fandi to Tan, who made no mistake from close range.

Singapore is up against North Korea on Sunday.