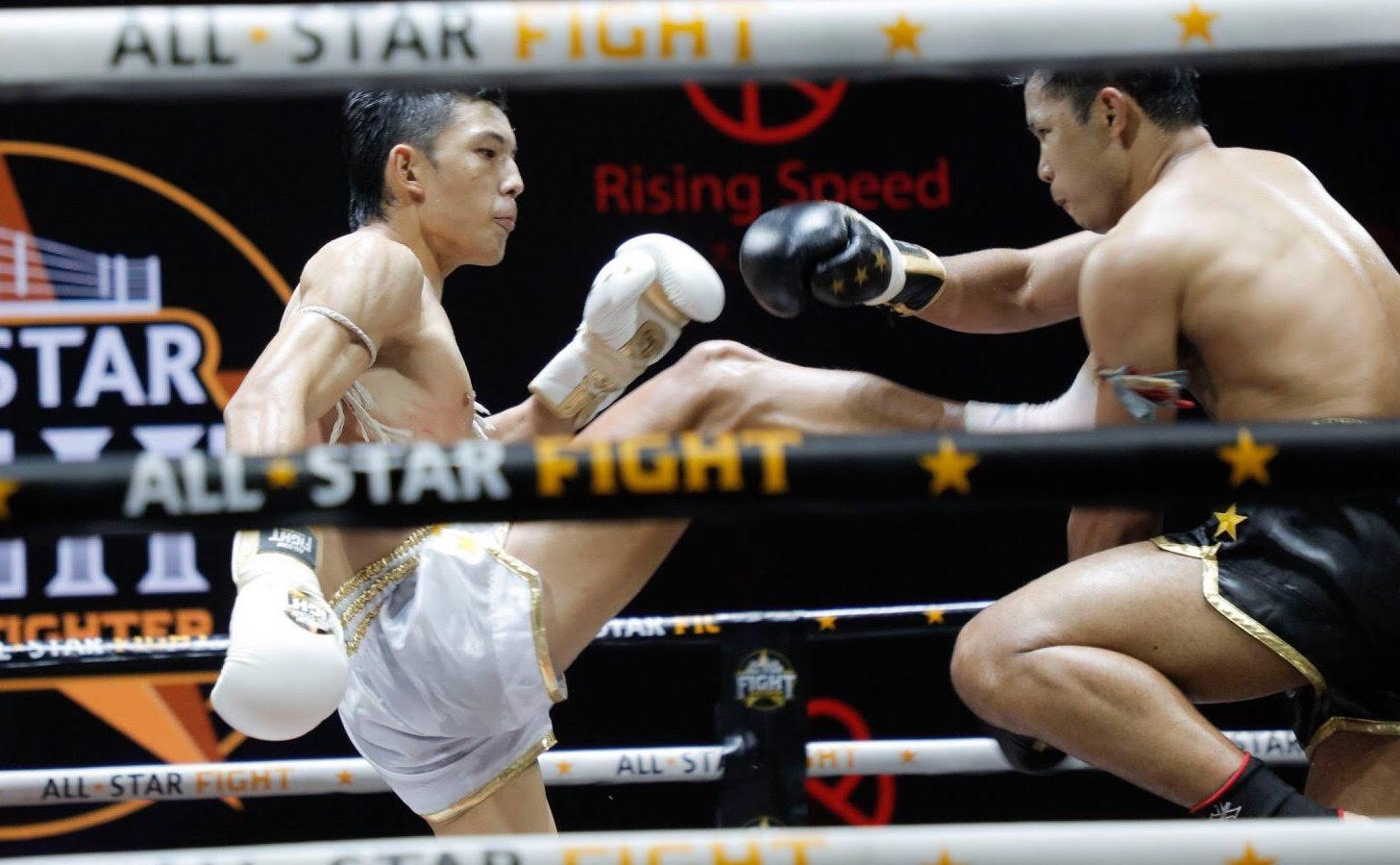 Singapore’s Brandon Ng did not win his bout against Thailand’s Trijak Sijomtrai at the All Star Hong Kong Fight on Monday evening.

But what he did win was lots of hearts in the sell-out Star Hall in Kowloon Bay.

While thinking that he may have just done enough to have taken the 65kg category bout, he was judged to have lost on points after going all the way in the three-round bout.

He said: “I feel sad about the loss. It was a very close fight. But I gave it my best. Winning and losing is part of the game.”

Despite the defeat, 24-year-old Ng was still in good spirits and even put up a Facebook post in Thai on 22 May saying that “I love muay thai.”

On the night of the fight on 21 May, he put up a simple post saying he “lost by points” with a sad emoji.

The black and white image also showed the full-time Muse Fitness Club fighter on his knees giving due respect to his Thai opponent Sijomtrai.

Fighting under the Muse Fitness Club banner, Ng is one of Singapore’s most recognisable faces in muay thai fights across the region.

In a Facebook post, Muse Fitness Club said that Ng was “returning home with pride, regardless of the judges decision”.

Sijomtrai is a former Lumpinee champion, a Rajadamnern champion, an Omnoi champion, Toyota Marathon champion with over 500 fight experience under his belt.

Ng’s next major bout will take place at the Asia Fighting Championship event to be held in Kuala Lumpur in August.