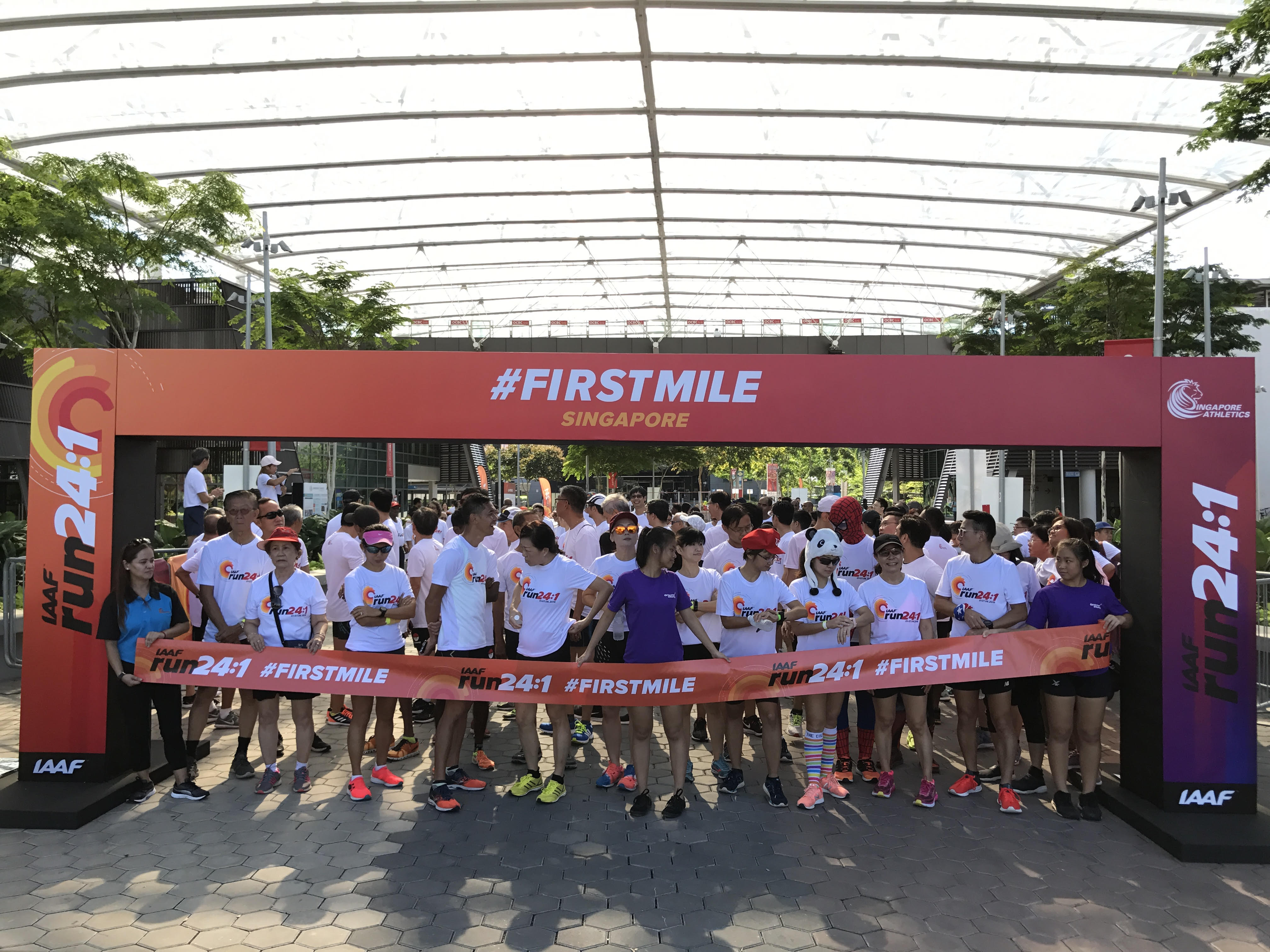 Singapore’s former National Head Coach for Swimming, Ang Peng Siong, who is also the honorary secretary of the Singapore Athletics Association (SAA) thanked the 700 runners and walkers that joined the IAAF Run 24-1 as it moved from Beijing to Singapore on 2 June.

Ang, who who once held World Number 1 ranking in the 50m freestyle back in 1982, was City Captain for the global run started by the world athletics body International Association of Athletics Federations.

The Singapore chapter took place at the Singapore Sportshub’s OCBC Square, with the race getting flagged off by SAA President Tang Weng Fei .

Among the hundreds of runners and walkers present was 80 year old Mr G Ramanathan, the oldest participant in Singapore and probably the oldest m participant to date.

The event is Singapore was also greeted by a runner who turned up in a Spider-Man suit.

Commenting on the event, Mr Tang said: “This was a wonderful initiative by the IAAF to get people moving and staying fit. We are honoured to be a part of the programme and hope to be able to do it again next year.”

Article was first carried here and has been edited for use.