National Stadium turns red. Thanks to Red Devils and their fans. 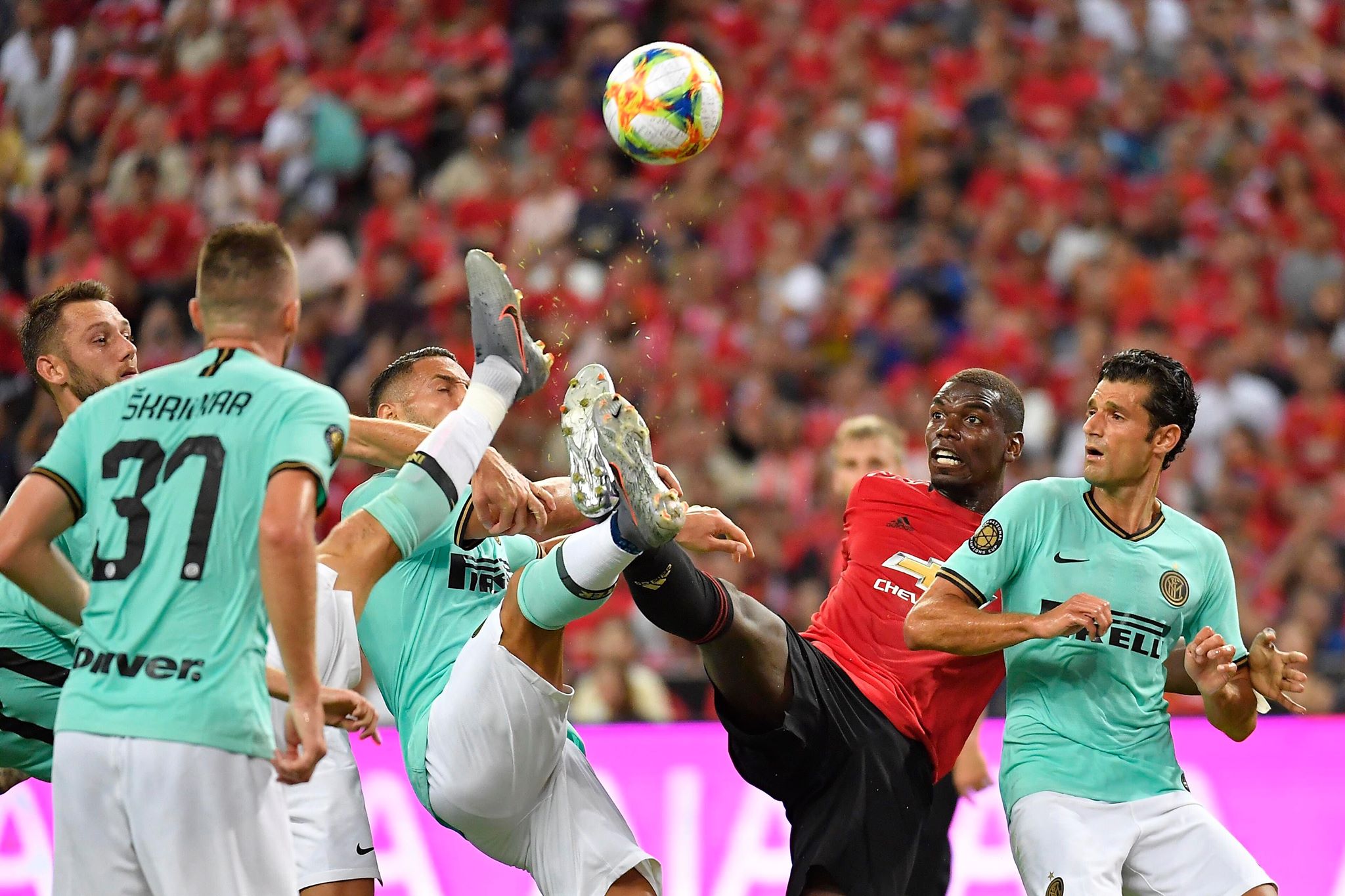 It was a sea of red at the National Stadium as almost 52,897 fans packed into the venue to watch Manchester United beat Inter Milan in the International Champions Cup 2019.

The figure was a record for the National Stadium, with the previous high of 52,107 being set when Arsenal faced off against Everton in 2015.

The famous Kallang Wave came to life again and there were even chants of Ole, Ole, Ole, Ole reminiscent of Singapore’s Malaysia Cup heyday in the 90s.

From all part of the island, from MRT cabins to buses, Red Devils fans showed their stamp of support for their favourite English Premier League team as they wore red jerseys and congregated at the National Stadium for the pre-season match up.

It was a football treat of sorts for fans as well, as they watched the likes of Paul Pogba, Marcus Rashford, Aaron-Wan Bissaka, Tahith Chong, Ole Gunnar Solksjaer and Antonio Conte in the flesh.

United goalkeeper David de Gea also made his debut appearance in pre-season matches for the Red Devils, much to the delight of the fans in Kallang.

Off the field, the likes of former Red Devils Dimitar Berbatov and Lee Sharpe, and former Liverpool forward Paul Walsh moved from suite to suite, greeting fans and guests, as they helped with wefies.

On the field, Manchester United’s dominance in possession paid off with a lone strike from Mason Greenwood, who if was a Singaporean would be getting ready for National Service.

The 17-year-old, introduced in the 62nd minute, was the crowd hero as his strike sailed past Inter keeper Samir Handanovic. It was his second goal in a week after his goal in mid-week against Leeds United.

It was Manchester United’s third victory out of three pre-season matches after victories over Perth Glory and Leeds United.

For their Singapore fans, 18 years was too long a wait for their favourite team to set foot back into the Lion City.