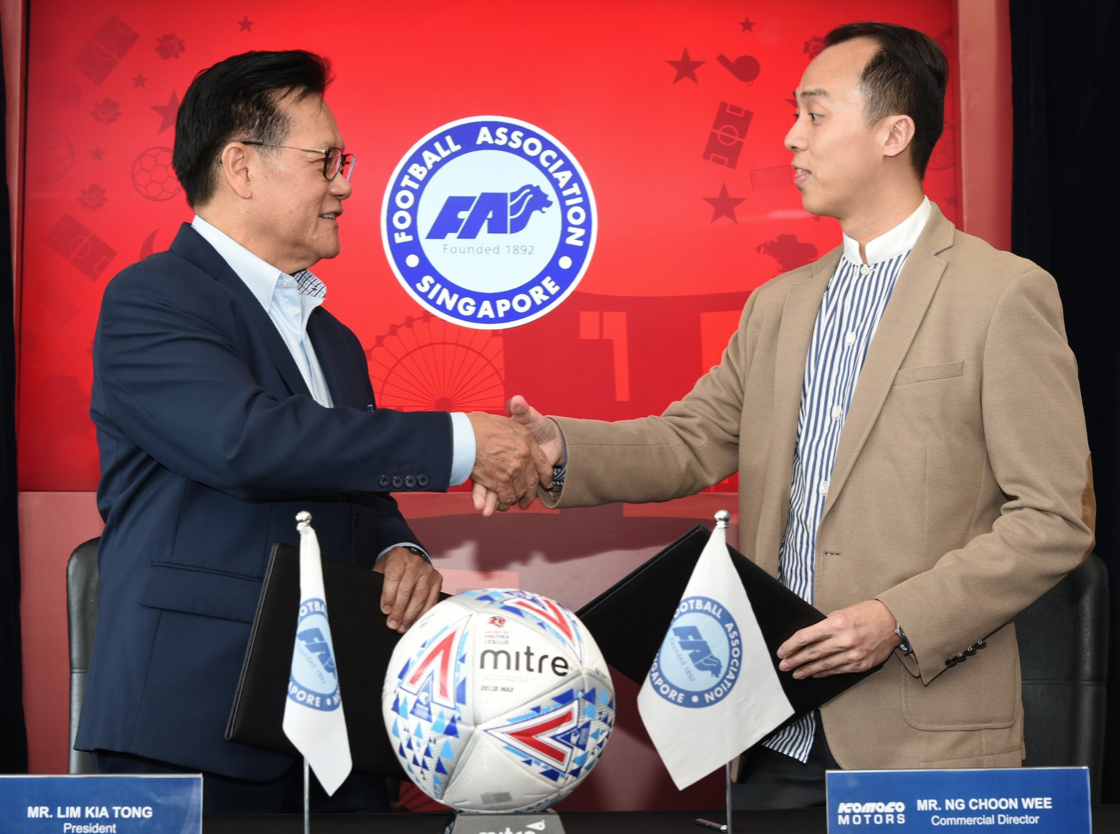 After 14 years of association with RHB Bank, the Singapore Cup will have a new title sponsor for the next year.

On 30 August, the Football Association of Singapore announced that Komoco Motors will be the title sponsor for the Singapore Cup one year.

Komoco Motors are also the co-title sponsors of the Singapore Premier League since 2017.

Komoco Motors Commercial Director Ng Choon Wee said that the company was “proud to support our national pride and talent through the FAS. As a key governing body of local football scene that attracts the attention of nation-wide football fans from the football community, we are confident that the sport will continue to flourish.”

FAS president Lim Kia Tong said that Komoco Motors “is a company that has a proud and long history and is synonymous with excellence, as seen by the number of premier automobile brands it manages in its stable. This makes them a great fit with the Singapore Cup, which is the premier cup competition in local football.”

The competition kicks off on 25 September and will have four teams in each group playing a group format.

The top two from each group will qualify for the semi-finals which will be played in a home and away format.