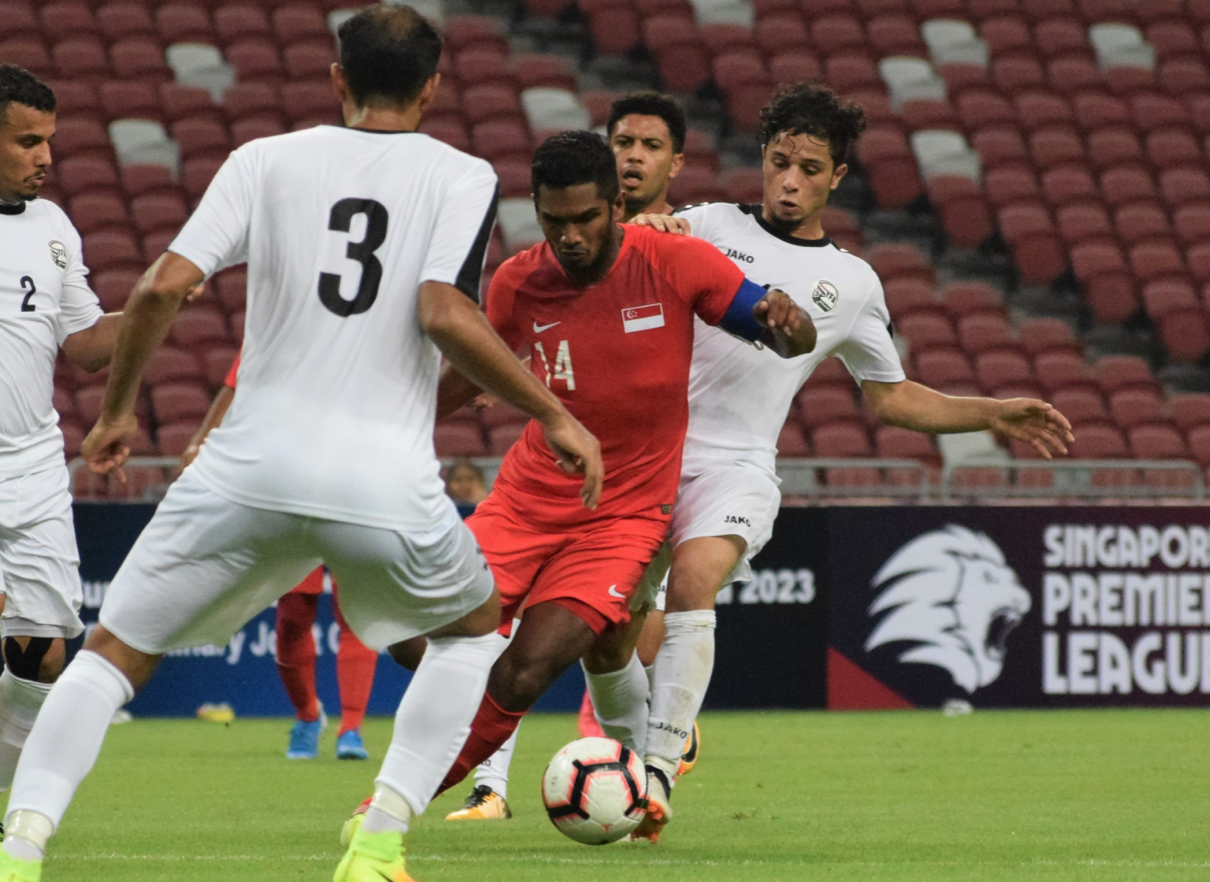 The Lions did not gain a point from their opening 2022 World Cup qualifier against Yemen yesterday. Instead they lost out on three when they pulled off a 2-2 draw against Yemen at the National Stadium.

The Lions started the match on the offensive from the word go and kept pounding on the Yemen goal repeatedly but was constantly denied by Yemen goalkeeper Salem Abdullah.

Chance after chance went begging until Ikhsan Fandi put the Lions ahead with about half an hour showing on the clock thanks to some wing work from Shakir Hamzah.

What happened in the next 15 showed just how vulnerable the Lions defence was as they conceded two at the back with virtually their only two shots at goal throughout the first half.

The Lions ensured parity when Faris Ramli smacked the ball past the Yemeni custodian to draw Singapore level and take a point in front of 7018 fans.

Singapore coach Tatsuma Yoshida told the Straits Times, “The boys played very well, we were almost perfect for the first 20 minutes, could have scored three goals in this period and should have won.

“When we keep attacking, we will receive counter-attacks, and these are dangerous times. Strong teams don’t concede at such moments but we showed we lack the tempo for defending in such situations.”

Singapore take on Palestine at the Jalan Besar Stadium on Tuesday.