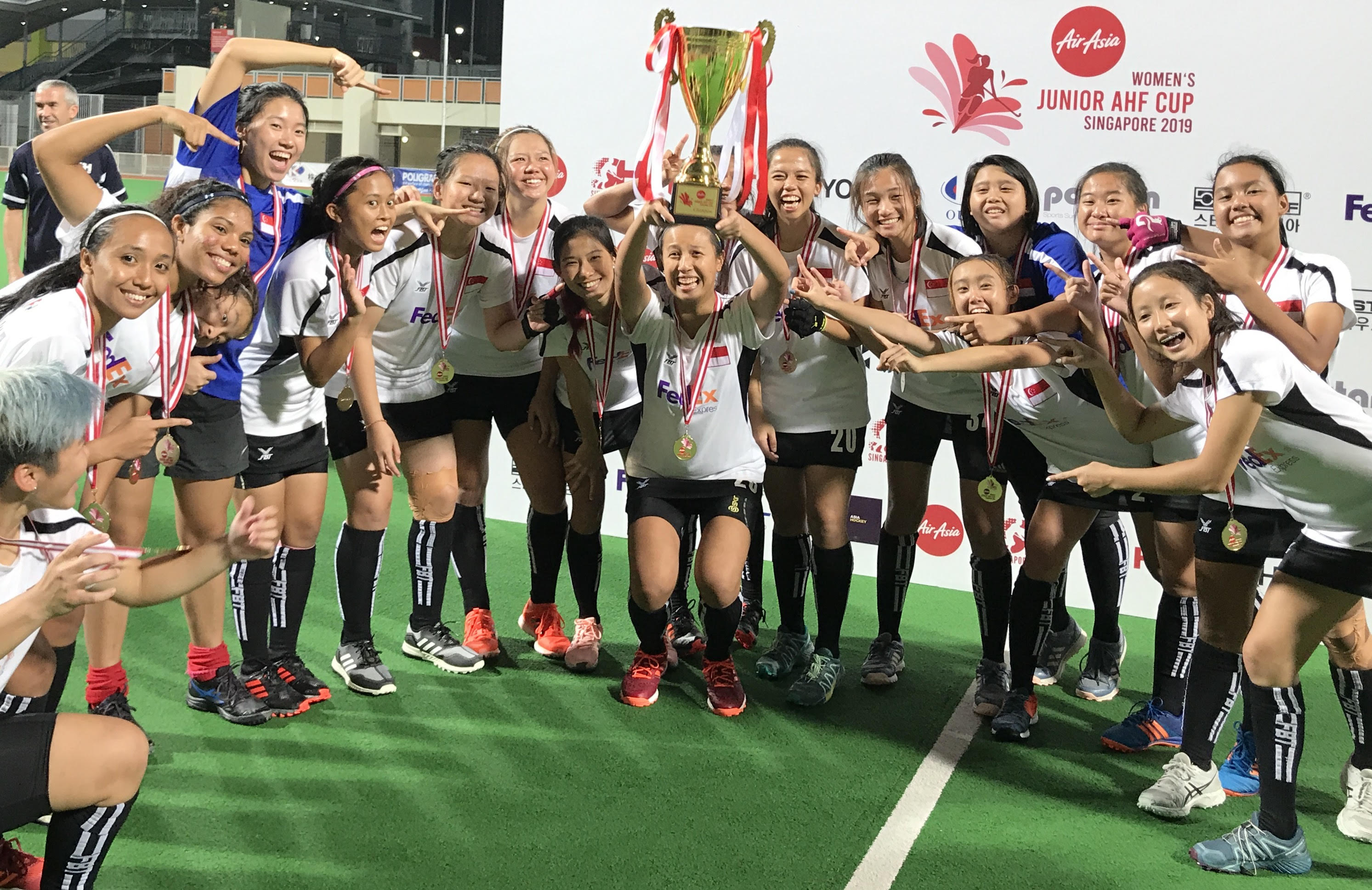 Singapore’s young women’s hockey side have written their way into the history books after emerging champions in the AirAsia Women’s Junior Asian Hockey Federation (AHF) Cup held in Singapore.

The team finished top of the table in the round robin tournament, ending up with 13 points after five matches.

This is the first time that any Singapore Hockey team has won a continental trophy at all levels.

The championship winning feat at the Sengkang Hockey Stadiu means that the girls will represent Singapore nd come up against the likes of Malaysia, India and China at the Junior Asia Cup in Japan from 6 to 13 April next year.

Said Singapore coach David Viner, “It was important for the young girls to have an event like this to participate in, and to be able to play against teams from across the continent. The tournament allowed the team to get together, and to give us an opportunity to gauge where they stand compared to some of their regional counterparts.”

Added Janice Tan, a former international who was the team manager, “We are proud of them for what they have achieved here, and for having qualified for the Junior Asia Cup, after having only abut nine weeks of preparations.”

President of Singapore Hockey Mathavan Devadas added that the win for the young girls was significant because it provided the federation with an opportunity to take stock of its development programmes.

He said, “This is surely the result of focusing a lot on our development programmes and helping to keep the athletes together. What’s more, our young players also need to play at a higher level with among the best teams in Asia which will help them develop a lot more.”