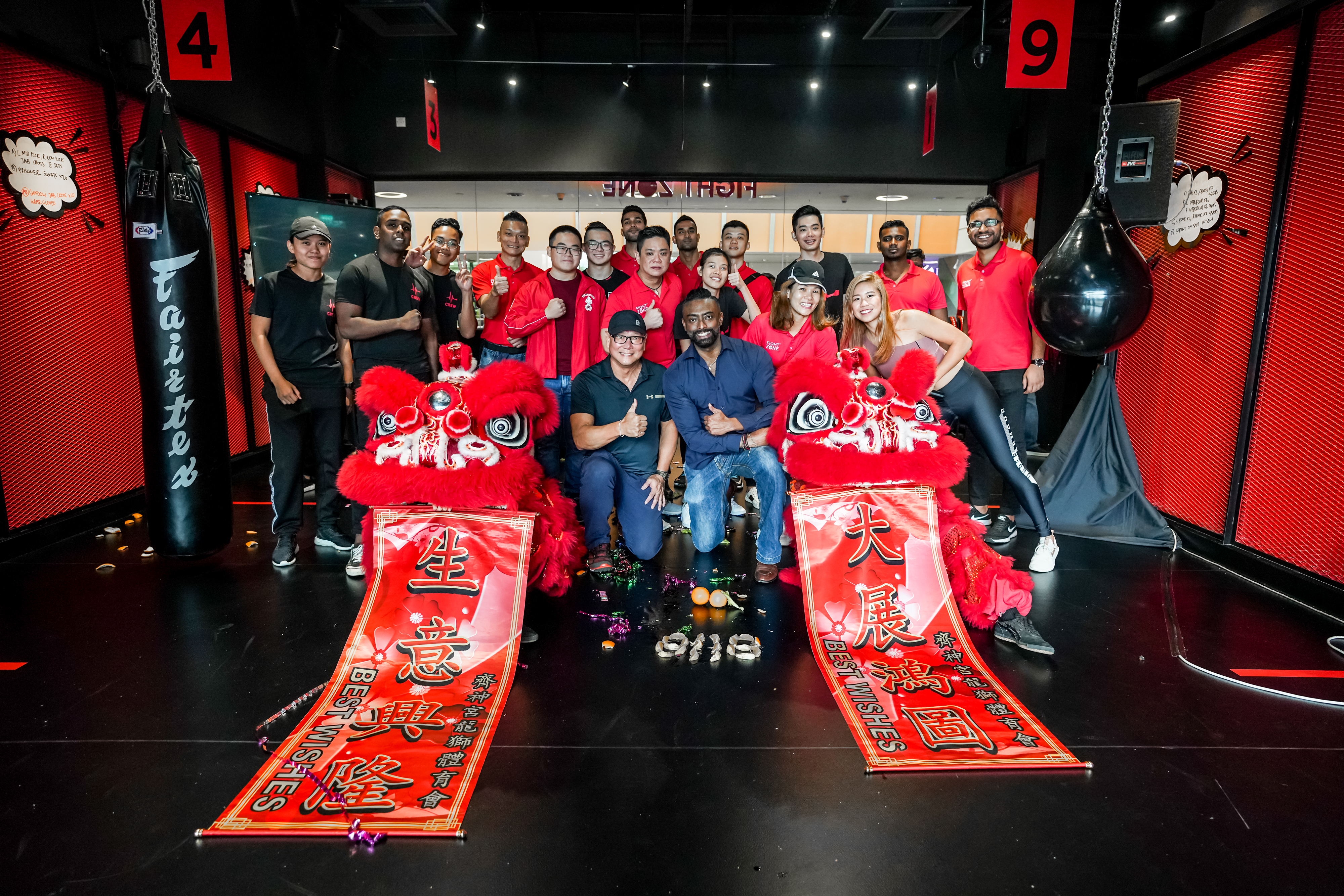 The outlet at Velocity on Level 3 has already has signed up more than 150 fitness buffs, who mostly work in the surrounding office buildings around the area. Apart from opening up more outlets in Singapore, the fitness experts are already looking at taking the FIGHT ZONE brand overseas.

The launch at Velocity was attended by special guest Mr Ang Peng Siong, swimming icon who is currently the Vice-President of Singapore Athletics and founder of Aquatic Performance Swim Club.

Said Chief Executive Officer and founder of FIGHT ZONE Mr Sasidharan Unnithan, “FIGHT ZONE is a fitness brand which was born right here in Singapore. We have plans to take this concept to the region, and then to other parts of the world over the next few years. We are proud that we already have three outlets up and running in under two years.”

FIGHT ZONE was first conceptualized in 2017 and it opened its first outlet at Suntec City towards the end of 2017, just months after the brand was created.

Added Mr Ang, who was at one point the world’s fastest swimmer in the 50m freestyle, “The Fight Zone concept of just exercising for half an hour a day is ideal for many people who lead sedentary lifestyles or spend a lot of time behind the desk.”

Apart from Mr Ang, other athletes who were present at the launch were Matthias Yap and Matthew Yap, Singapore’s powerlifters and also national hurdler Kerstin Ong.

Said Mr Unnithan, “Many people are understanding the need to stay fit and healthy. FIGHT ZONE allows them to burn at least 500 calories after just a half an hour workout, and gives them the right strengthening and cardio needs. They also have the benefit of a personal trainer who takes them through their workouts and they can monitor their own performance through their personal heart rate monitors.”

Mr Unnithan added that FIGHT ZONE is now aiming to take the brand overseas within the next six months.

“There are many fitness gym brands which started elsewhere which have come to Singapore. We need to show that we also have a brand and a model which can be taken overseas. This is a brand which is born right here in Singapore.”