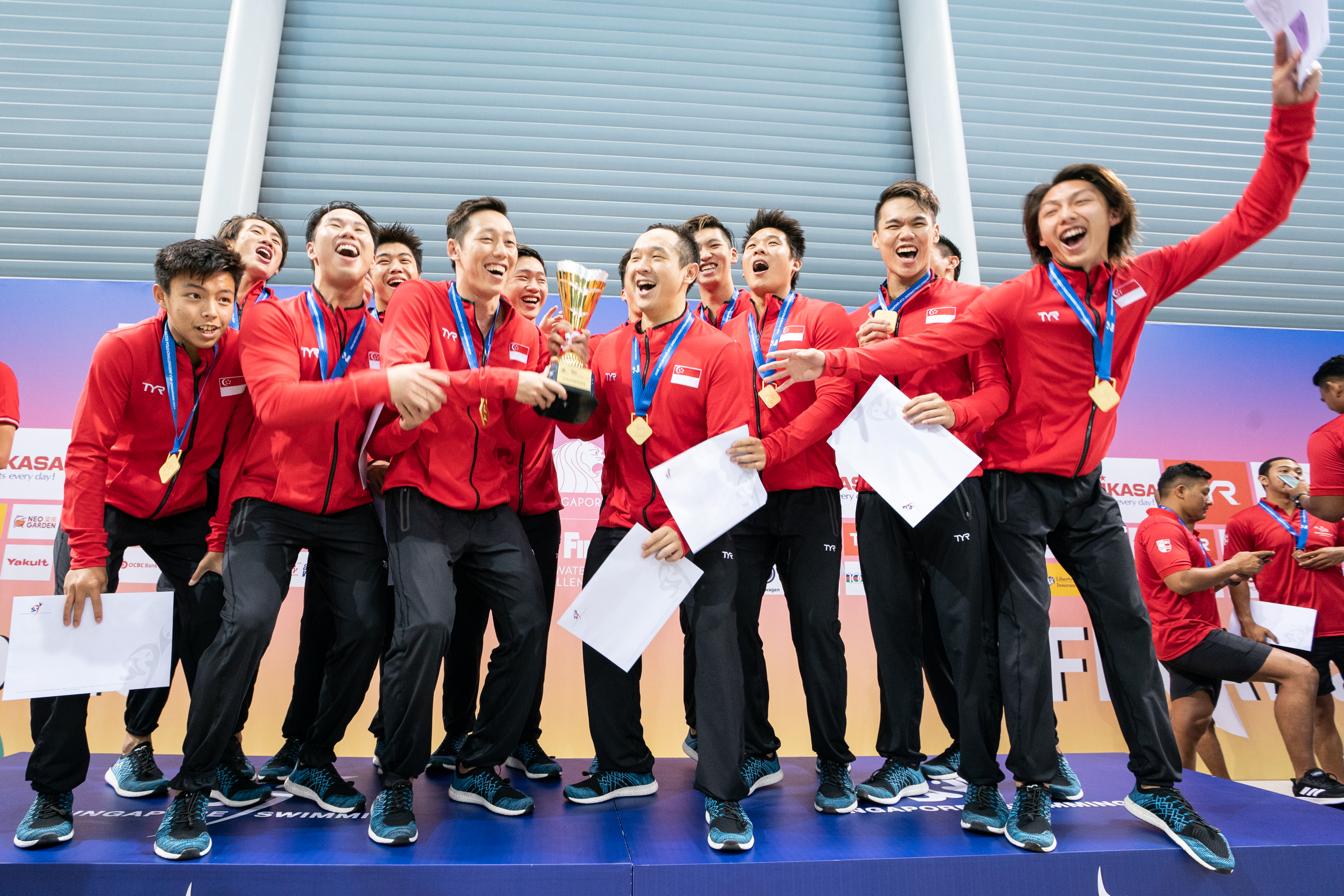 Hosts Singapore were crowned champions of the FINA Water Polo Challengers Cup Singapore 2019 on Sunday evening when they beat the top ranked side in the competition Austria 8-5 at the OCBC Aquatic Centre.

It was second time lucky for Singapore after making the final in 2009 when the competition was named the FINA World Development Trophy. They lost to Kuwait then.

Austria, bronze medalists in 2015 and 2017, had no answer right from the start of the game as the hosts raced to a 3-0 lead after the end of the first quarter, courtesy of goals by Yu Junjie, Chiam Kun Yang and team captain Koh Jian Ying.

Kun Yang, Ang An Jun and Lee Cheng Kang scored in the second quarter to give Singapore a 6-2 lead at halftime, and two more goals by Cheng Kang, one in each of the final two quarters of the game, saw Singapore hang on to clinch a historic win.

“This means a lot to me and team. The final was a difficult game, but the boys kept motivating themselves to push on even though they were quite tired after the tough game against Ireland yesterday. It was fantastic that from beginning till the end, they kept their discipline and concentration which showed that this team can achieve even greater things in the future”, said a delighted Dejan Milakovic, Singapore’s head coach.

“Winning the Most Valuable Player award of the tournament is not just for myself, but it could not have happened without my teammates. I think what this award really shows is the amount of hard work that we put into training every day. What is most important is that we got the win, we got the gold medal and we are ready for the upcoming SEA Games”, said An Jun.

There was some consolation for Austria, as their captain, Salkan Samardzic, won the Best Goalkeeper Award.