Singapore set to face Austria in the final. 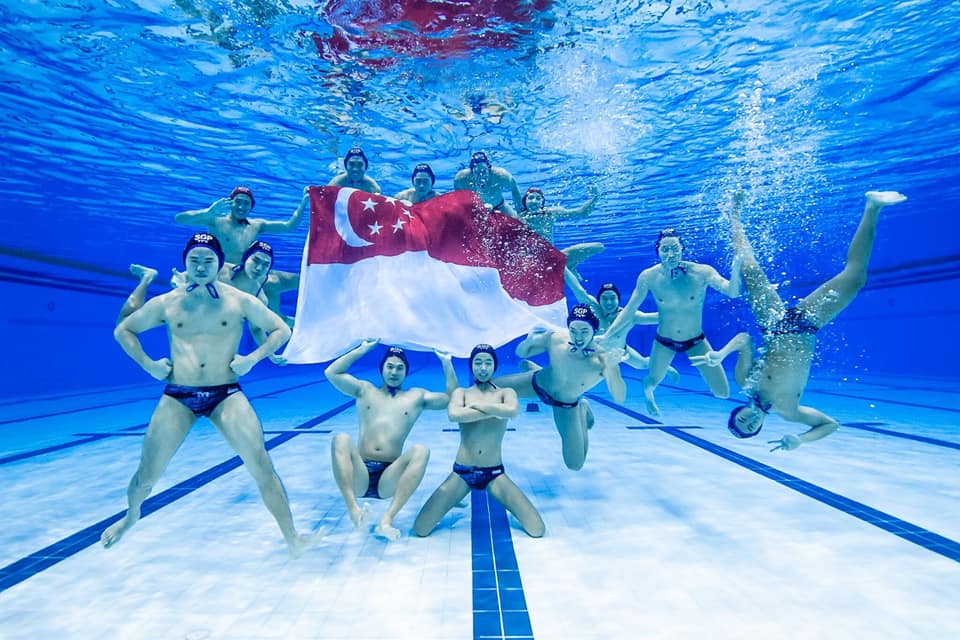 Singapore clinched their spot in the final of the FINA Water Polo Challengers Cup Singapore 2019 Presented By TYR when they emerged victorious from a physical and intense top of the table clash against Ireland in Group A on Saturday evening, coming away with a hard fought 11-8 victory in front of a crowd of more than 500 people at the OCBC Aquatic Centre.

A hat-trick by captain Koh Jian Ying, and two goals each by Ang An Jun and Yu Junjie, along with goals by Wayne Chong, Tang Yee Heng, Chow Jing Lun and Lee Cheng Kang, secured the victory for the home side.

The hosts took the first quarter 4-2, but an even second quarter saw Singapore go into the half-time break with a narrow 5-3.

Ireland found an answer to every Singapore attack in the third quarter, as both sides traded goals, but Singapore found resolve in them to hold a three-goal lead going into the fourth quarter at 8-5. Singapore then held on for the 11-8 victory after scoring another three goals in the final quarter.

Singapore head coach, Dejan Milakovic was full of praise for his side’s performance.

“It was a very tough game and Ireland played very well, but the good thing is that we controlled the game from the beginning and we held the advantage throughout the game. It was very physical, but we defended well and we finished the game calmly, so hopefully the boys can recover quickly for the game tomorrow”, said the Serbian.

“I thought the boys coped well with the physicality of the Irish. They gave us some problems with their forwards who were all bigger than our players, and they punished us with a penalty and a goal, but the boys eventually managed to control their forward play and play to the tactics that we talked about during the time outs and breaks in between each quarter, so I am happy”, added Dejan.

“I felt that we played a very good game today. Yes, we made some mistakes, but overall I am happy with my performance and the team’s performance, and we look ahead to the final tomorrow”, said Player of the Game, Ang An Jun, who was instrumental in the team both in attack and defense.

The other Group A clash earlier in the day saw Malaysia get their first win of the competition when they beat Zimbabwe to avoid the wooden spoon. Malaysia’s star player, Toh Yi Xiang’s 5 goals, and Bryan Wong’s 4 goals, was instrumental in the Malaysians 21-8 win.

In Group B, Austria, who already had one foot in the final before their game against India, cemented their spot in the final with a 17-7 win over the Indians.

The Indians gave the Austrians a fright in the first quarter when they clawed their way from two goals down to level the scores at 3-3, but the Austrians pulled away from their opponents with a 6 goal burst in the second and fourth quarters on the back of Marko Bosnjak’s 4 goal haul.

The other game in Group B saw Hong Kong finish third in the group when they beat Chinese Taipei 30-14 for their second win in a row.

The matches that will take place on Sunday, 13 October are as follows: