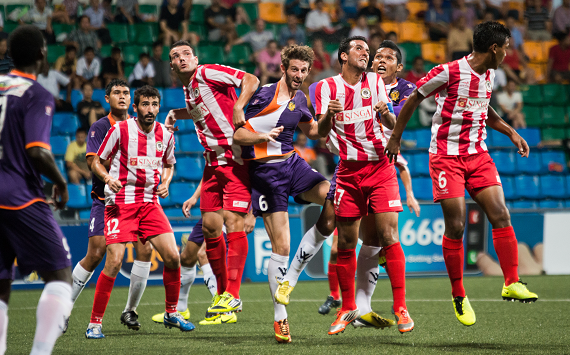 One of the clubs which has been sitting out Singapore’s premier league and cup competitions has applied to rejoin the competitions.

In a story published in the Straits Times on 11 January, it has been confirmed that Tanjong Pagar United have asked to be back in the fray again.

In a media statement, the club chairman Raymond Tang said, “The management committee of (Tanjong Pagar) is of the opinion that the club, having consolidated sufficiently following its sit-out since 2015, and with its prudent financial management, are now in a stronger financial position to make this commitment.”

“We are certain our application will be assessed objectively by the FAS and we look forward to a positive outcome of this assessment,” said the chairman of the Jaguars.

One of the pioneer clubs to be involved in the S.League from 1996, the Jaguars first withdrew from the competitions after the 2004 season.

The club then asked for another sit-out period from the 2015 season onwards.

Despite their chequered history, Tang goes on to say, ”Given the rich history (Tanjong Pagar) has, and as one of the pioneer clubs in the S-League in 1996, the club is confident that its re-entry to the professional league will be the start of a journey that is longsighted, aimed at developing Singapore football through our programmes from grassroots to elite levels.”