32-0. In a Singapore schools football match. 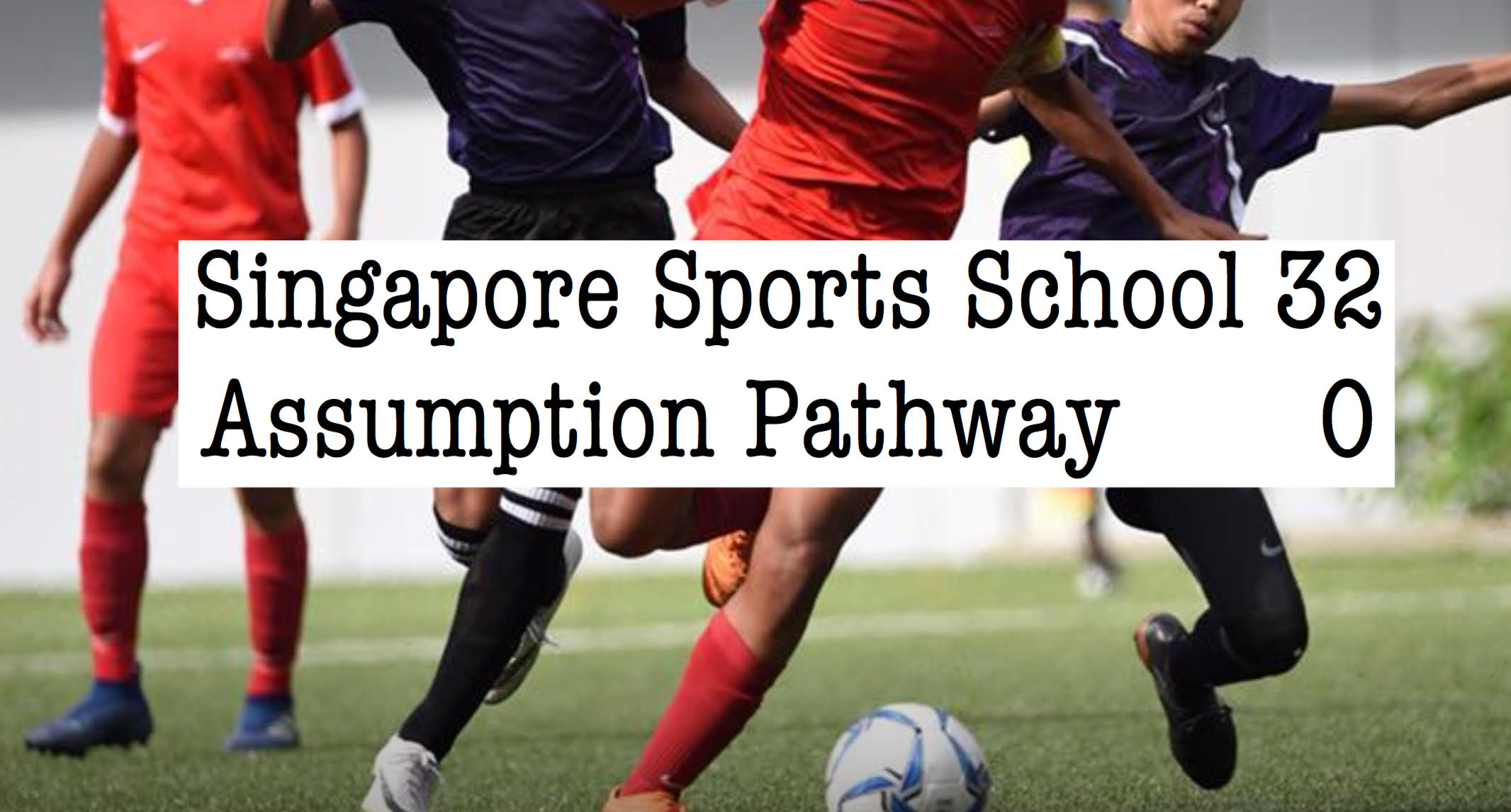 If both teams played 90 minutes of football, this translates to having a goal scored every three minutes of play.

Or possibly having every attack leading to a goal being scored.

32-0 was the scoreline for a National School Games ‘B’ Division preliminary round football match between Singapore Sports School and Assumption Pathway School on 20 January 2020.

Both teams are in Group 16 of the preliminary rounds and Assumption Pathway School was the unfortunate recipient of the colossal rugby-score thrashing.

This is the only match in the 2020 schools competition so far which has had more than 30 goals in a single match.

A 13-0 scoreline between Queensway Secondary and Montfort Secondary School also played on 20 January was the other highest scoring match in the competition so far.

See all scores in the competition here.

A youth coach who spoke to The Monitor SG on the condition of anonymity, said the Singapore Sports School should have just played possession football after the Sports School scored eight goals without a response.

It is understood that the half time score was already 20-0.

Comments on a Facebook post by former national goalkeeper Yakob Hashim which was set to public had some interesting comments.

“Maybe this school doesn’t have a budget” was one comment.

Another had a suggestion, which said, “As soon as a team is 6 goals ahead then the winning team should play the remainder of the game without the strongest players and/or a reduced number of players on the pitch.”