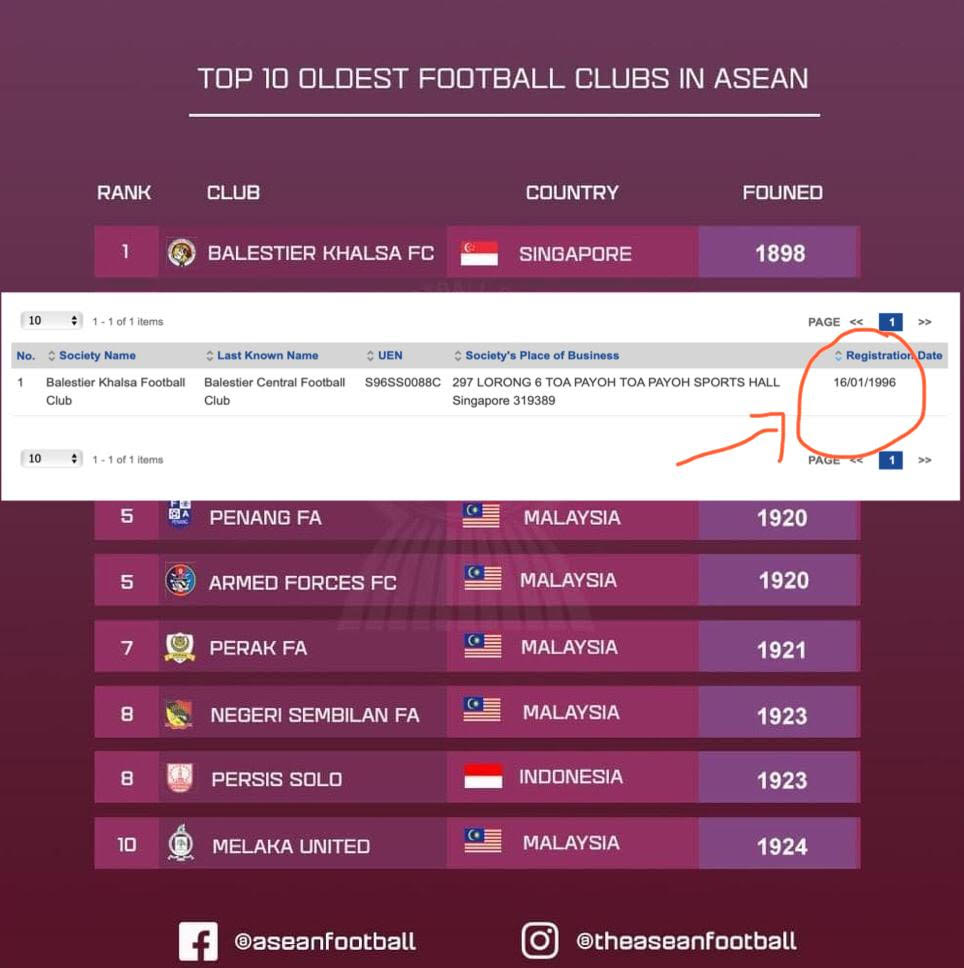 According to a graphic released by the ASEAN Football Federation, the region’s oldest club is Balestier Khalsa and it was formed in 1898.

But weren’t all Singapore clubs which participated in the inaugural S-League only formed in 1996 through the entity formed to set up the Singapore Professional League?

A simple check with the Registrar of Societies through the Ministry of Home Affairs’ ROSES website would have brought about the answer.

Also, when the league was started in 1996, Balestier Khalsa participated as Balestier Central and only changed its name to Balestier Khalsa at the end of 2002 after a merger with another S-League side Clementi Khalsa.

This came about after a decision was made by former general secretary John Koh following a review of club finances and viability.

Historically, Balestier United Recreational Club was formed as Fathul Karib and based in Farrer Park.

For more than a century, the club functioned as Fathul Karib and in 1975 was renamed Balestier United Recreation Club.

However, this is where it gets slightly murky.

See current table where the team is second from bottom.

And as the evidence from the Registry of Societies shows, the club Balestier Central which participated in the professional S-League was registered in January 1996.

So the question to ask now is how has history been rewritten such as an entity which was set up in 1996 has suddenly been said to have been formed in 1898.

Main Photo: @ASEANFootball with screen grab from Registry of Societies