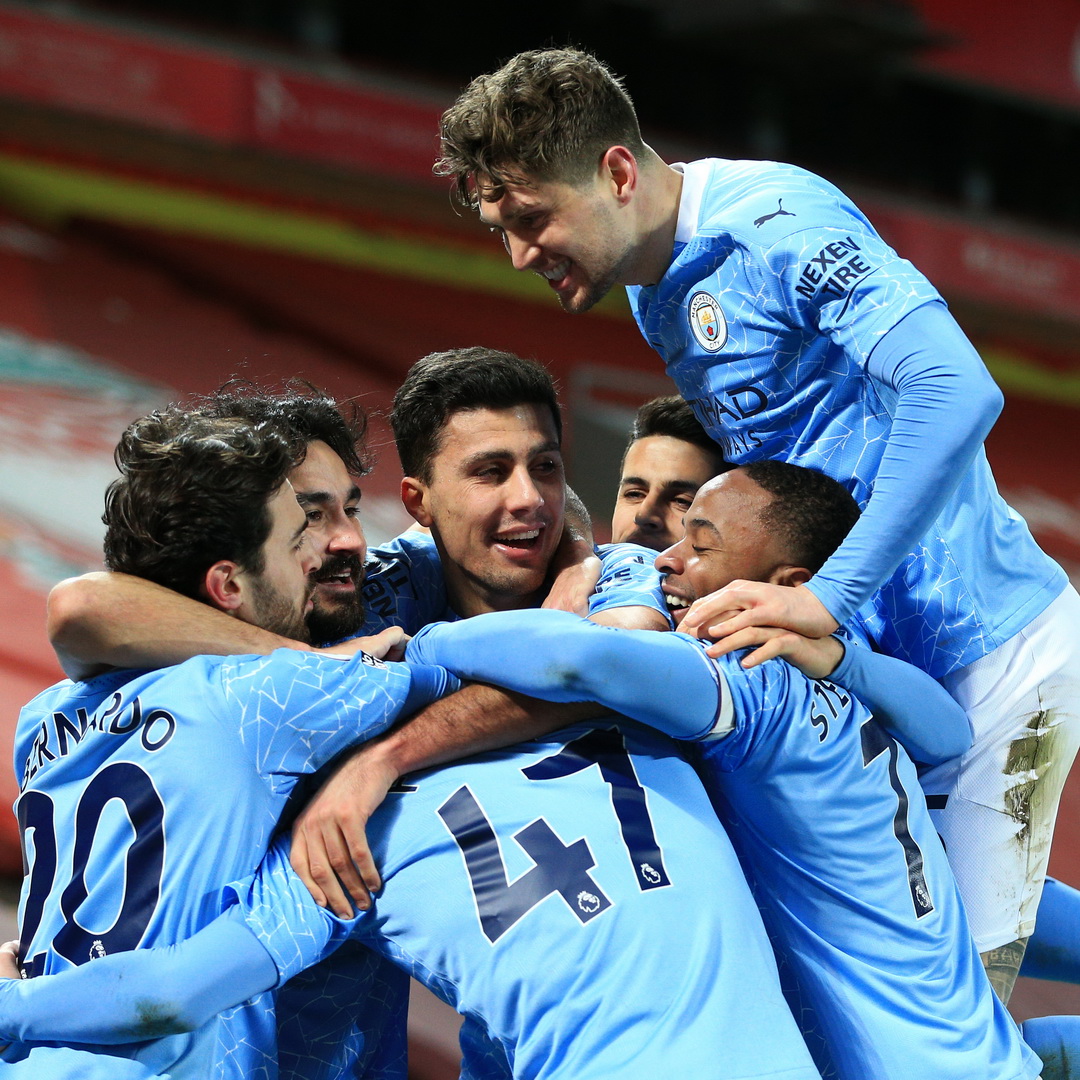 Manchester City are clearly in the driving seat, with five points clear and a game in hand ahead of Manchester United after a 1-4 win over Liverpool at Anfield.

After a goalless first half, City took the lead early on in the second period through Ilkay Gundogan.

Mohamed Salah levelled the score through a penalty at the hour mark, but errors by goalkeeper Alisson Becker allowed the Blue Citizens’ Gundogan and Raheem Sterling were enough to put City back in charge.

Liverpool manager Juergen Klopp told BBC Sport. “I saw a really good game and big mistakes. In each game, when you make these kind of mistakes, it’s very likely you concede goals.

“It’s easy to agree that the first half was a really good game, two sides really trying a lot to cause problems for each other, and I liked a lot I saw in the game.

“Coming out in the second half, they changed the system and we didn’t move enough in midfield. We scored our goal and in that moment it was possible the game goes in our direction, but Alisson made two massive mistakes, gave two goals away – and then a genius situation from Phil Foden.

“The confidence could have suffered after the last game but tonight I saw a very confident team, if I’m honest. I liked the football we played. It’s very difficult to explain that we lost 4-1.”

His counterpart at City, Guardiola, told BBC Sport, “I have a lot of emotions, many things happening in the game. Gundogan missed a penalty – it’s like a routine against them – but we started really, really well, doing what we want to do.

“In the second half, the way we reacted to the goal, the way we played with quality, made the difference.

“For many years we were not able to win here. Hopefully next time we can do it with people. Anfield is so intimidating.”

Liverpool face off against away to third placed Leicester City next weekend.