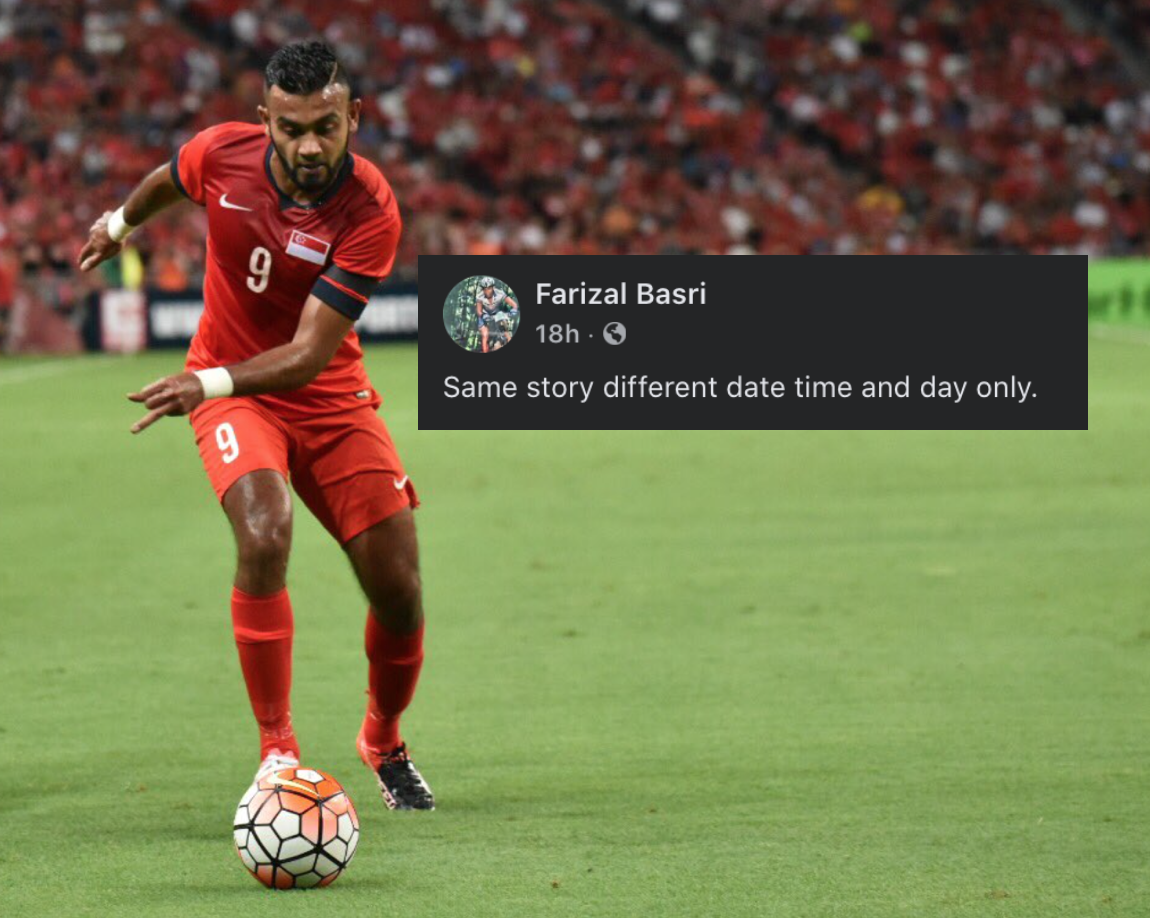 Former footballers have reacted to the comments made by former national defender Faritz Hameed in a The Final Whistle podcast.

The story, which was published on 13 February on this portal, has since been viewed online more than 6,000 times so far. (as at 10am, 14 February)

Most of the reactions recorded by the footballers seem to indicate that nothing much has changed in Singapore football over the years.

Some of the comments made while the story was being shared, as follows:

Farizal Basri was a former Young Lions midfielder in 2004.

The story link was also shared by former national stalwarts like Sahil Suhaimi, Fazrul Nawaz and Khairul Nizam, who picked up the Goal of the Year award last season for his stunning strike at Our Tampines Hub.

Khairul’s release from Geylang International at the end of last season despite the award was among the topics Faritz touched on during the podcast.

Fans also gave their two cents worth about Faritz’s thoughts in the podcast.

Faritz is currently representing Tanjong Pagar United for the 2021 season.

It is not known when the season will begin, as the final line-up of teams for the season has not been released by the Football Association of Singapore.