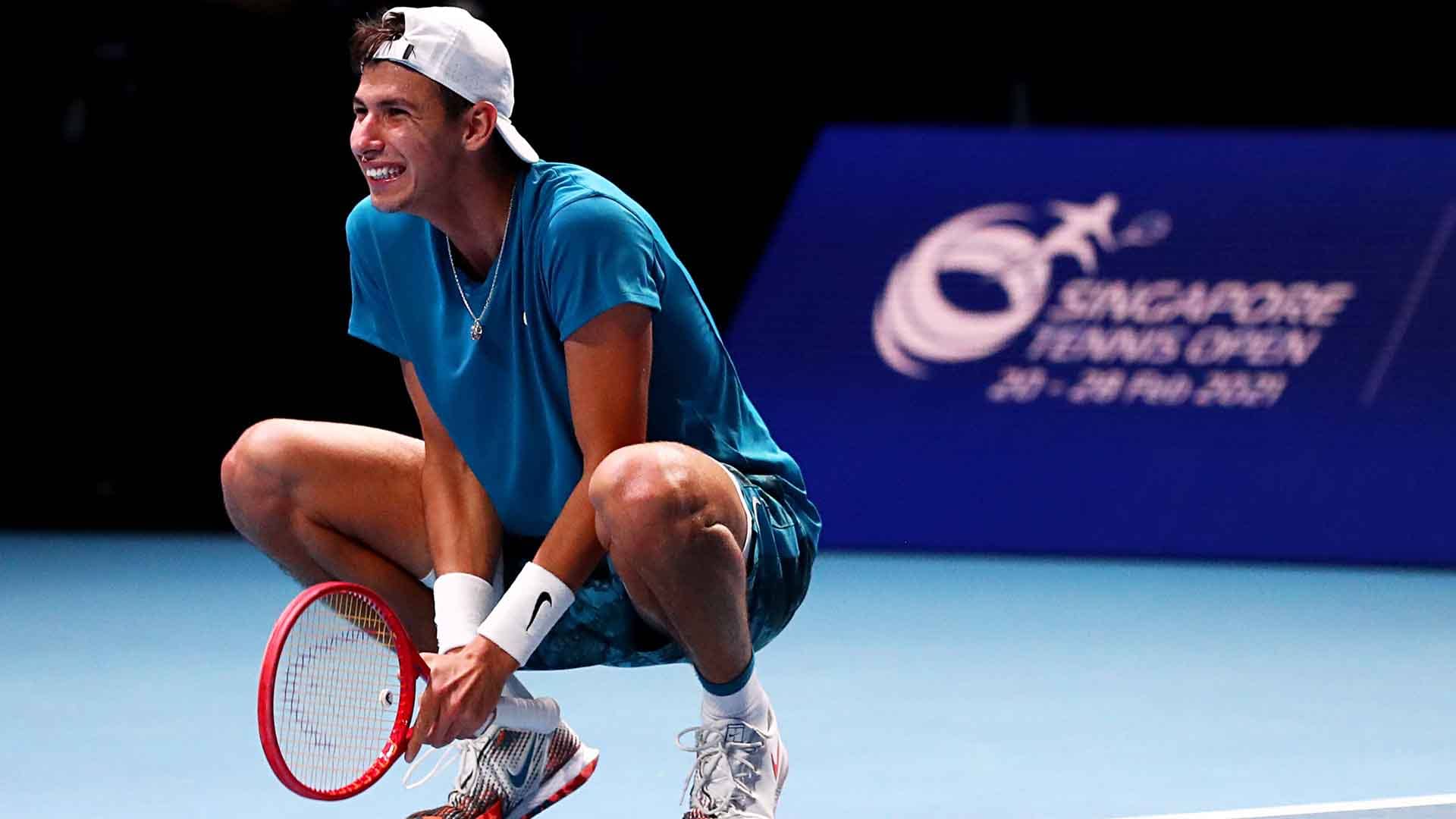 Unseeded Australian Alexei Popyrin recovered from going a set down against fourth-seeded Alexander Bublik to claim his first ATP Tour title at the Singapore Tennis Open on 28 February.

The world’s 114th seed Popyrin served up a 4-6, 6-0, 6-2 victory in just 84 minutes over Kazakh Bublik at the event held in Singapore immediately after the Australian Open.

“It feels unbelievable,” said Popyrin in quotes carried on ATPTour.com.

“A lot of sacrifice, a lot of dedication and a lot of hard work went into this from myself, my team and my whole entire family.

“I have done it for everybody who was involved.

“I am just so proud that I could actually get it done.

“That third set was a grind. It was really a grind. I started picking up where he was going to serve a lot. I started getting the balls back in play a lot.

The victory propelled him up 32 spots in the men’s rankings to 82.

Popyrin’s victory against Bublik was his second win against seeded opposition this week.

In the semi-finals, the Aussie claimed a 7-6(5), 7-6(2) victory against the competition’s third seed Marin Cilic.