The Singapore Premier League’s U-23 rulings are a disincentive for any kid to get into the sport, says Dez Corkhill on CNA938 programme. 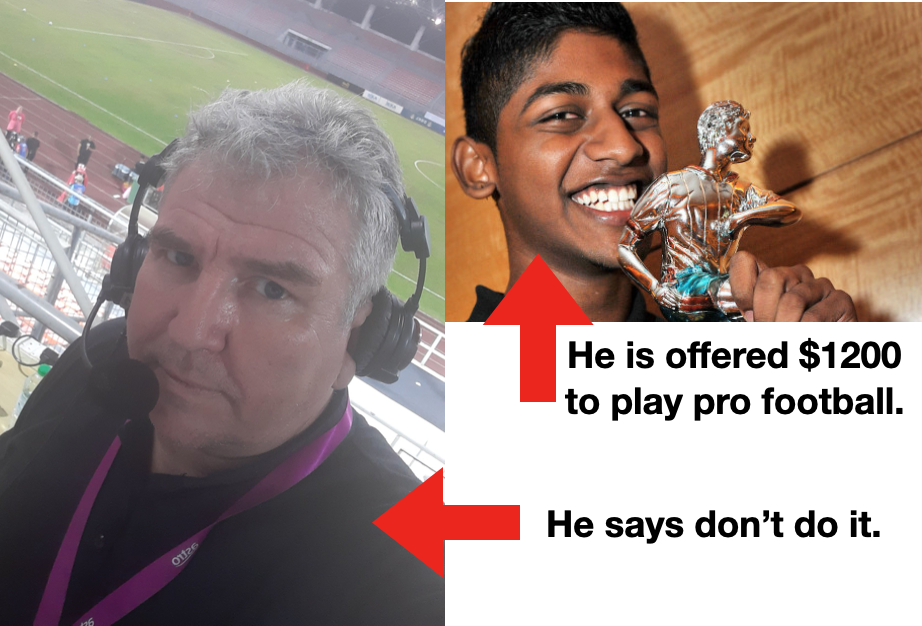 There have been more discussions surrounding former national youth footballer R Aaravin’s revelations that he was offered $1200 to play professional football with a Singapore Premier League (SPL) club.

On 26 February, Aaravin who last played for Balestier Khalsa FC in the SPL, revealed in The Final Whistle podcast that he was offered $1200 to remain as a pro player, and he subsequently chose to retire from the sport.

He did not name the club which made him this offer.

Details of the podcast were subsequently carried on this portal, and has since received more than 20,000 views on this platform alone.

The discussions over Aaravin’s revelations continued over the weekend.

In a CNA938 programme hosted by former national footballer R Sasikumar on 27 February, Dez Corkhill, who is a former head of broadcast of the Malaysia Football League and former director of content for FOX Sports Asia expressed his disbelief over Aaravin’s revelations.

“The Singapore Premier League “is the best in Singapore, but does that make it elite?” he asked in relation to the player being offered $1200 a month to be a professional footballer.

Corkhill, who has also provided commentary for league matches previously, believed that players like Aaravin, who announced his retirement at the age of 24, have been hard done by the under-23 rulings introduced into the league rules which forces the local clubs to sign and field under-23 players.

Aaravin has been “dealt a rough hand with the rules” which has “changed the market environment”, Corkhill contended.

He added that the under-23 rules were a “disincentive for any kid to get into the sport” and there was a “very good chance that you are out of the game when you are 23.”

“Then that bigger question of the 2034 goal for the World Cup, that is absolutely a pipe dream if you are paying the best 100 players in your country just 1200 bucks to play football,” he said in the discussion which also featured former Mediacorp journalist Philip Goh.

“You don’t train five days a week for that. The market says that is crazy for him to even think of doing that.

“Singapore is a sensational wonderful place but it is not the cheapest place to be in.”

Goh, a former CNA938 broadcast journalist also added his perspectives during the discussion.

He said, “What we have right now is a failed product.

“I don’t blame them (the clubs) for offering that because that is all they can afford.

“You have a system right now that is not feeding itself. The system doesn’t work anymore.

“There is not enough money going around but you are still trying to prop it up and carry on.”