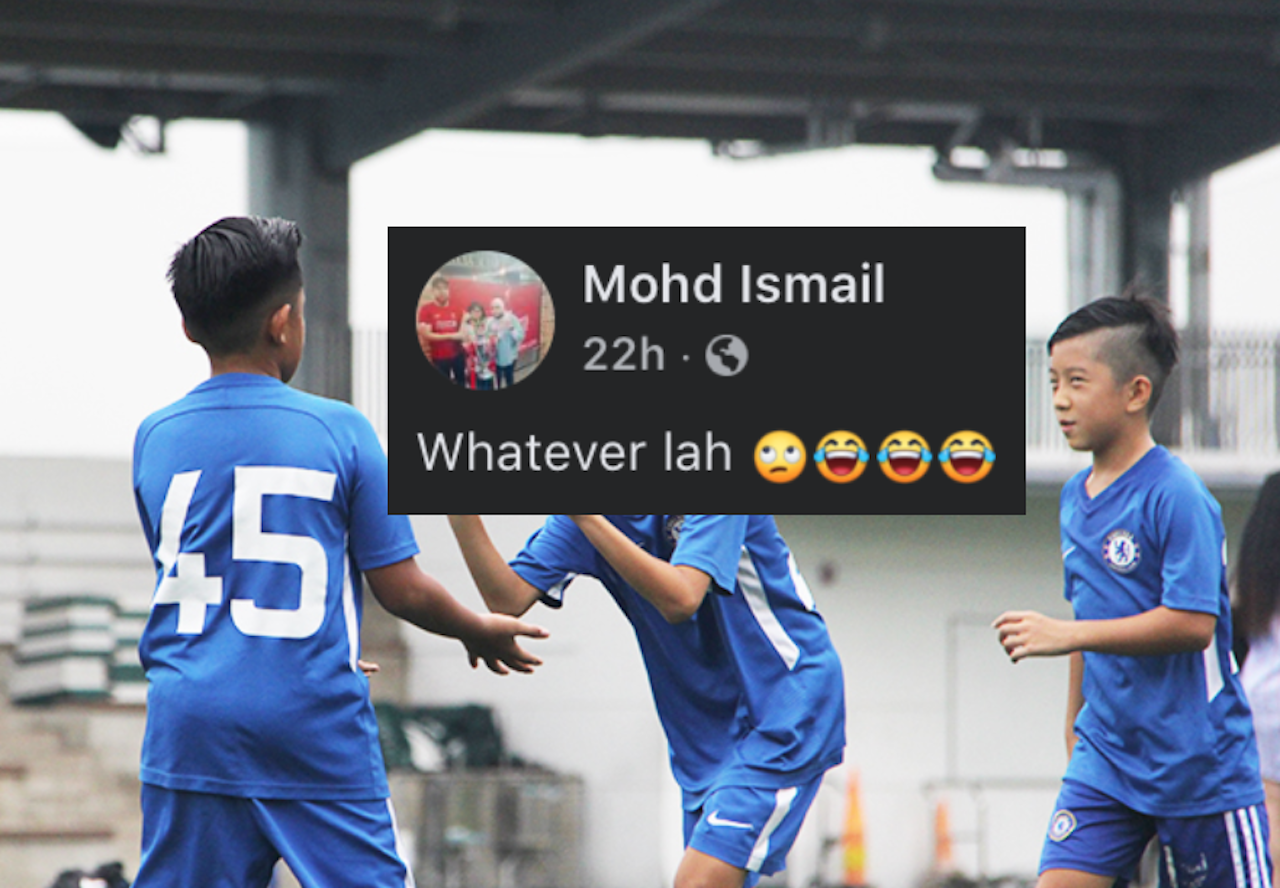 Singapore’s fans who are glued to the internet are responding to the Government’s announcement of a plan to unite Singaporeans through football.

The Minister for Culture, Community and Youth (MCCY) Edwin Tong had announced on 8 March in Parliament how “our football is not quite where we would like it to be” and how the project aimed to raise the standard of football among young Singaporeans through a structured training programme and to encourage Singaporeans to support the national football team.

More details of the programme are to be announced by the Football Association of Singapore (FAS) and Sport Singapore.

However, before more details are made public, netizens have started to react.

Most reactions to this story on this portal’s Facebook page, and through those who have shared the story aren’t convinced that the project will lead to anything.

Guess Gabriel Khoo is referring to the World Cup in 2034 which has been set as the aspiration for the nation.

It can be surmised that one of the reasons why netizens are showing disdain for the project can be down to the fact that the Lions have not made it past the group stages of the regional Suzuki Cup since 2012, while the Young Lions have also not made the knockout stages of the Southeast Asian Games since 2013.

The FAS and Sport Singapore are due to announce more details on 9 March.