Dominant in Southeast Asia, Suzuki Cup victories along the way and World Cup 2034 is an aspirational goal. 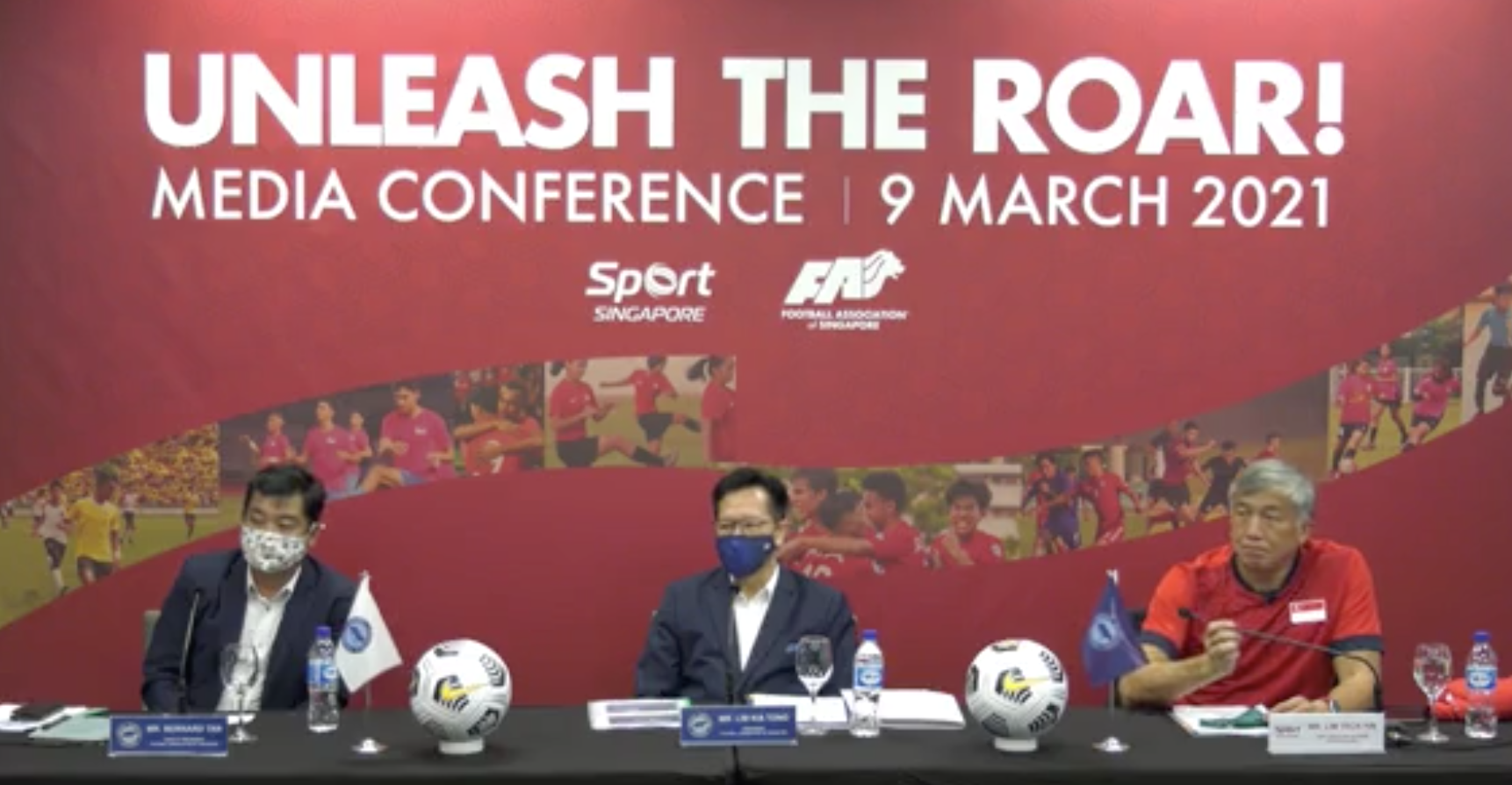 The anticipated announcement by the Football Association of Singapore (FAS) and Sport Singapore was delivered by the trio of Lim Kia Tong, Bernard Tan and Lim Teck Yin on 9 March in a media conference which was also broadest ‘live’ on the FAS’ Facebook page.

In short, the pillars and ideas being put forward only further illustrate just how poorly football has been managed in Singapore for the longest time, and how backward the sport is at this point.

Why has it taken so long for the FAS to realise this but better late, than never.

The eight pillars which will govern the project as follows:

Deputy President of the FAS Tan, who is leading the project with Sport Singapore’s Lim, said “The road is not easy.

“A lot of things have changed.”

He also added that making the World Cup in 2034 was an aspirational goal.

“On the 4G front, we have to have a dream. This is a dream for the 4G Singaporeans.”

The project will cost more than the annual $20 million which the FAS receives in public funding through Sport Singapore.

Sport Singapore’s Lim said that they were “working through” the details of the budget for the first two years and will be revealed in due course.

In terms of performance, Tan said that if the aim is to qualify for the World Cup in 2034, Singapore needs to be dominant in Southeast Asia, which means there will be Suzuki Cup victories along the way.

Sport Singapore’s Lim said that it would be “Inconceivable that we would think of journeying to 2034, for example, without getting to a SEA Games gold medal, something which we have never achieved in Singapore football till today.”

Singapore is currently ranked 158th in the FIFA World rankings, and its previous attempt to qualify for the 2010 World Cup through Goal 2010 failed, but the Lions did reach the third round, its furthest ever.

Watch the media conference below.