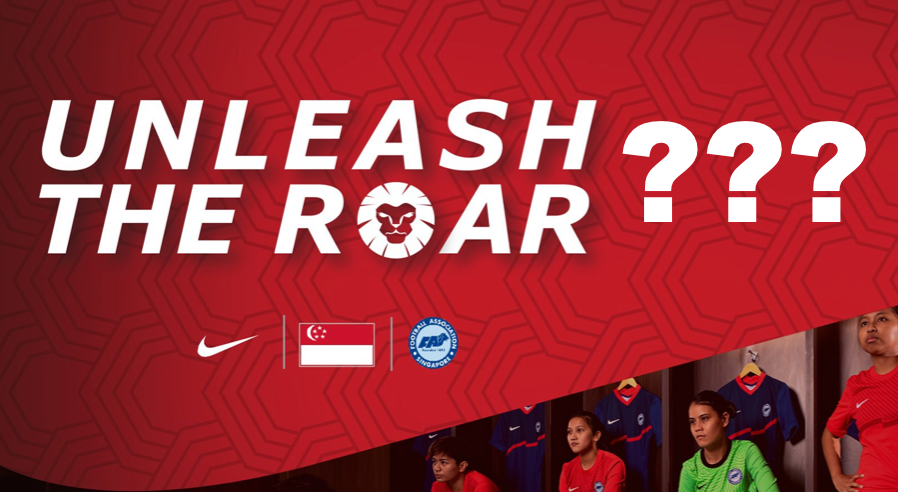 There are many questions about the grand football plan released by Sport Singapore and Football Association of Singapore (FAS).

For example, which schools will be on the Schools Football Academies programme which was announced on 9 March?

Why were these schools not on-boarded prior to the announcement, especially since this academies project was already announced four years ago in 2017?

It was also at that same announcement four years ago that the Deputy President of the Football Association of Singapore Bernard Tan (who is now co-leading this 2034 project) said that “there are just not enough students playing the game across all age levels” and “we have about 3,000 now and the goal is to increase this number by 10,000 by 2022.”

After four years, the programme is still not up and running? Why not?

Also, one of the announcements made with this current project was the need to enhance infrastructure.

So the question is how are more spaces being optimised for football use?

What would be the markers for success in this respect?

Shouldn’t the announcement have also made it clear how many new areas, how much more lights will be installed across the country, how many repurposed areas to be created for football, how many void decks would be turned into football playgrounds, how many more school fields would be opened for public use?

Surely discussions should have been started with Singapore Land Authority or the Housing and Development Board prior to the announcements being made?

Next, why is the ‘aspirational target’ being set for the 2034 World Cup only for men?

What about our female players and why is there not a target for them to also achieve at the highest levels?

The message being put out that 2034 is the aspirational target clearly indicates that this is a project only for the men’s team to achieve with no emphasis placed on our female players because there is no women’s World Cup in 2034.

How is this an inclusive project which provides opportunities for both men and women, especially when the Singapore Government has dedicated 2021 as the year to celebrate Singapore women.

Also, while Sport Singapore CEO Lim Teck Yin makes it clear that the project will have clear performance markers, it is important that these targets along the path are made known clearly, for accountability of the project.

Why? Because he has already made it clear that football will receive more than what it receives now which is about $20 million annually.

If there is an incremental increase of just $5 million annually, this will mean that the FAS will stand to receive $350 million over the next 14 years in public funds.

This is not including how much schools will need more to start their football programmes which may have to come out of the Ministry of Education’s budget, or provision of jobs for players through corporate partnerships which will be borne by corporate partners, if any.

Also, the plans announced on 9 March seemed to pay no attention to the fact that we are living in a period where lives and sports have been disrupted by Covid-19.

And on the same day the FAS and Sport Singapore announced its blueprint, the Ministry of Education announced how school sports will restart in April, without football and other team sports.

So what is the plan for the project in a Covid-19 world? Has that been thought about and what is the impact in this runway?

In my opinion, the announcements which have been made have been cobbled together without much of an action plan in place yet.

The ‘what’ in the blueprint is clear but the ‘when’ and ‘how’ is missing from the announcements, and these are the most important aspects of this project.

The other question the Government and the FAS needs to answer is the long term continuity of the project.

How will this project continue if a new Council is voted in down the line by the FAS affiliates?

How will this project move forward if there’s a scenario where the new team has a different direction in mind?

And will the Government support the directions of the new leadership team or take over the project and drive it on its own?

Where does the Singapore Premier League – the cornerstone of professional football in Singapore, feature in this grand plan?

The Government and the FAS need to show Singaporeans the ‘how’ to its blueprint, and tackle the answers to the many questions, if it expects the public to throw its support behind the project.

Or else, it is all just loads of talk once again, just like how the Schools Football Academies have not even seen the light despite being announced in 2017, and is being touted as new now.

As a fan of Singapore football, it is timely that Singapore is putting in the effort to help build the sport.

As a member of the public, it does appear that there are questions which need answers as it looks like the programme hasn’t been well thought through.