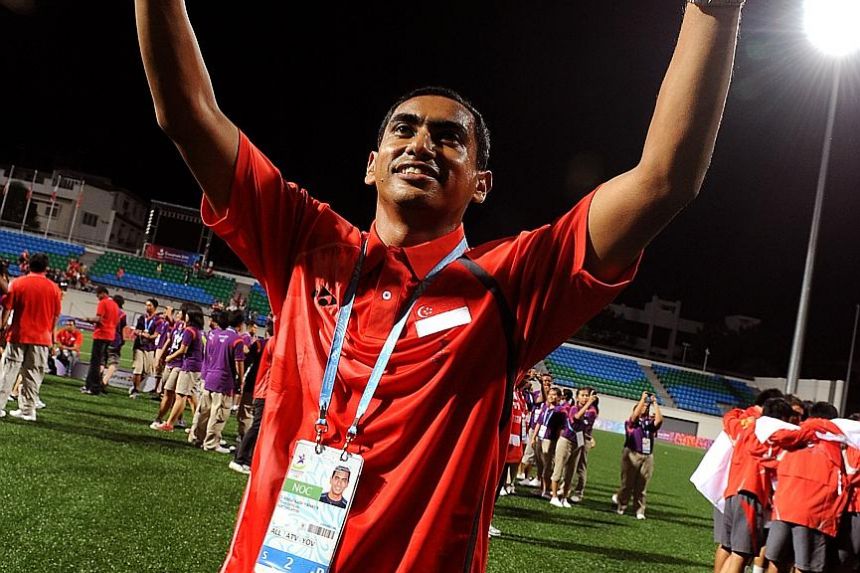 A member of Singapore’s 1994 Malaysia Cup and League winning side, defender Kadir Yahaya was a regular feature of Singapore’s national teams until injuries sidelined him towards the end of the 1990s.

However, he will always be held in high regard for his role in leading Singapore’s 2010 Youth OIympic Games football team which won a bronze medal in 2010.

One of the team defenders Dhukhilan Jeevamani, recalled that Kadir was “very strict” and was a “disciplinarian”.

In an interview on the Go Beyond Series with tech and logistics firm Bluorbit which is produced by SW Strategies, Dhukhilan who is now 26, said, “Kadir was very strict, he was a disciplinarian, he was very regimented in his way of things.”

However, the young player who was recently accepted as an International Olympic Committee Young Leader, added that despite his disciplinarian ways, Kadir “always had a soft side for his players.”

“He was very strict on all of us but he always cared for us,” he said.

Dhukhilan also recalled how Kadir would follow up with the players’ teachers and Head of Departments if any of the players saw their grades dipping.

“There were times when we couldn’t turn up for training because we were behind in our studies, our grades were going down, so he always made it a point to follow up with the HODs (Head of Department) in the schools and there were times when he left training halfway  to go down to our schools to make sure we are there in class,” added Dhukhilan who is now a Finance major.

Dhukhilan also recalled how Kadir was drilled and detailed as a coach, which probably explained how the team was able to gel well as an outfit.

“He is very detailed with his football drills and off the pitch, when we were in hotel rooms, he would stay inside his room throughout the day, studying about Ajax, Barcelona, how they played, how they maintained their triangles and he made sure we followed the same.

“He would give us homework, to write down notes on how certain players played,” said Dhukhilan.

53-year-old Kadir, a current coach with St Joseph’s Institution, is known to be vocal about the importance of school sports, and youth development.

He was Singapore’s Footballer of the Year in 1993 after sterling performances as a young fullback in the national team.

“Kadir is a coach who ranks very highly in Singapore football in that sense because he is really passionate about football and he translates it to his players,” said Dhukhilan.

“I am one of the lucky few to be coached under him because he was just football crazy.”