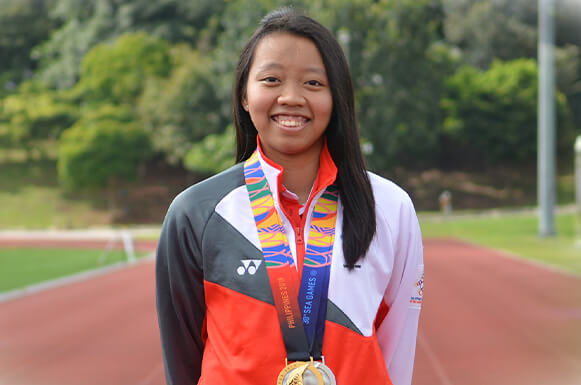 A day after team-mate Amita Berthier booked her place, Kiria who is ranked 207th in the world, became the second Singaporean fencer to secure a spot for the Tokyo Games.

Amita had won the women’s foil event on Sunday.

The National University of Singapore student beat Kazakhstan’s Ulyana Balaganskaya 15-13 in the finals, after getting the better of Thailand’s Korawan Thanee 15-12 in the semi-finals.

Having started fencing when she was eight, she has been in the national set-up since she was 13.

At the last Southeast Asian Games in 2019, she struck gold in the epee event, the first gold medal for Singapore in the event since the 1989 SEA Games.