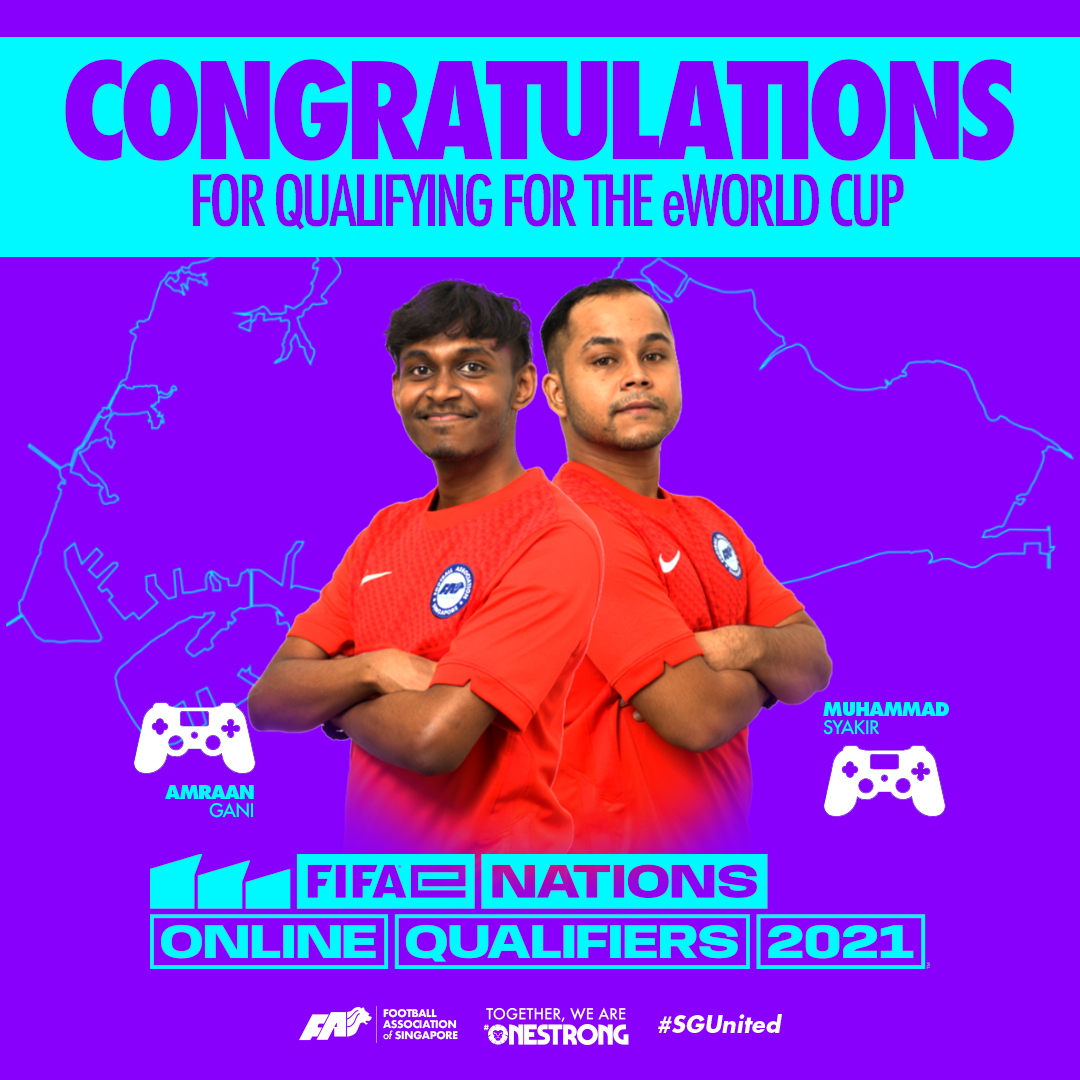 Singapore have qualified for the finals of the FIFA eNations Series 2021 after three days of virtual battle.

Amraan Gani and Muhammad Syakir will now compete with 23 other teams on the biggest stage of eSports and vie for the FIFA eNations Cup 2021™ title.

The finals will take place in Copenhagen, Denmark from 20 to 22 August.

During the group stages of the competition, Singapore was drawn into Group B together with China, Hong Kong, Indonesia and Korea Republic.

The five teams played once against each other in a single round-robin format from 29 to 30 April.

The Singapore duo triumphed against China and Hong Kong 4-1 on aggregate but drew 3-3 with Indonesia and lost 0-6 to Korea Republic.

This meant that they finished third in their group, just behind Indonesia on goal difference (see table below).

In Saturday’s second-chance finals, Singapore defeated Australia 6-0 to book their spot in the finals of the FIFA eNations Cup 2021™.

This is the first time in the history of local eSports that Singapore has qualified for the finals of an international tournament.

Said Amraan, “It feels amazing to qualify for the finals.

Personally, I have felt quite a bit of pressure to do well for Singapore, but I took it positively and just gave my best efforts in every game that I played.

“We hope to go as far as possible in Denmark and show everyone that Singapore is able to perform at the highest level on the global stage.”

Added Syakir, “This tournament was probably the most nerve wracking one for me even though I have played in many others before.

“Knowing that I was playing the game not just for myself but for my partner, my team and my country was a whole new different experience for me.”