Customer at Kallang Decathlon suffers fractured nasal bridge after getting hit by golf ball in store. 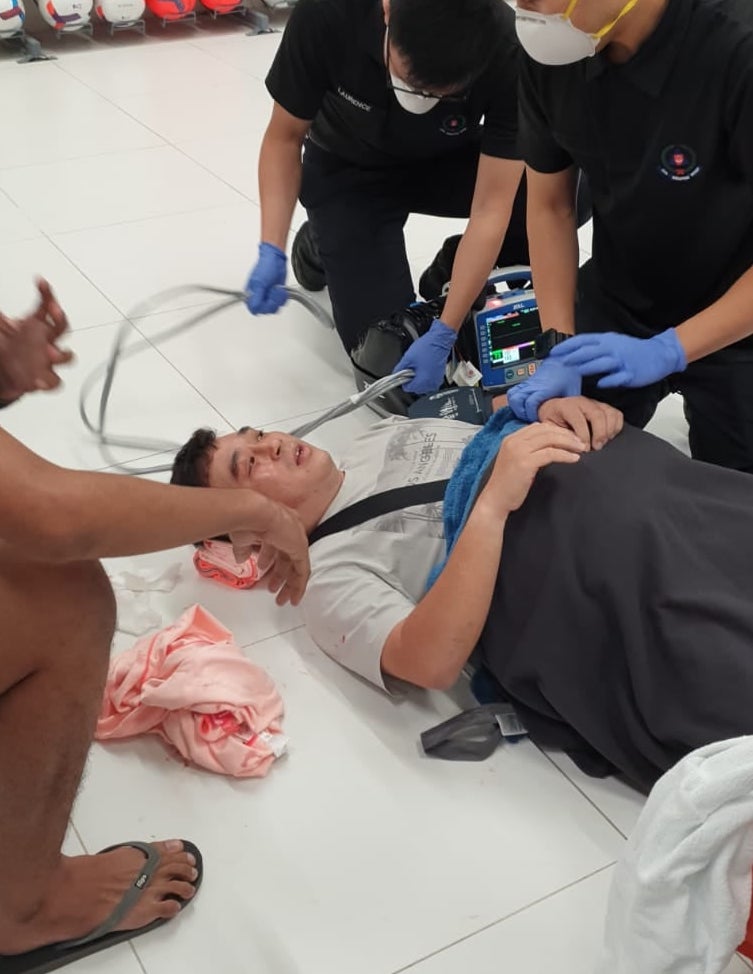 Decathlon Singapore has shut its golf test zone in its Kallang store after a customer’s Facebook post which states that he was hit by a golf ball, and suffered a fracture of his nasal bridge.

Michael Kwok said in a Facebook post that he was with a few friends at Decathlon Singapore Lab at about 10.30pm on Friday when something hard hit him in the nose.

“Once we reached, one of my friends and I were strolling towards the ball section (tail end) of the store while the rest of my friends dispersed to other sections to look for their stuff.

“While we were walking and chit chatting, out of a sudden, something hard flew over and hit my nose area from the left side of my eyes and a very loud thud was heard.

“Immediately, I felt an excruciating sharp pain at my nose. I then felt dizzy and lost balance and fell down onto the floor.

“Blood was flowing out non-stop from my nose. A palm-sized puddle of blood started to form beside my face.

In response to queries by CNA, Decathlon said it was investigating the incident and analysing CCTV footage at the store, adding that it had closed the golf test zone immediately after the incident.

“While our test stations have prominently displayed precautionary signages, we are now actively reassessing our testing stations and are committed to preventing a similar situation from happening in future,” said a spokesperson to CNA.

“We are extremely sorry for the accident that Mr Kwok experienced at the Decathlon Singapore Lab.

“We treat all our customers of Decathlon Singapore as friends and our customers’ safety is of utmost priority to us.”