22 players took penalties to decide the winner of the Europa League. One player missed. 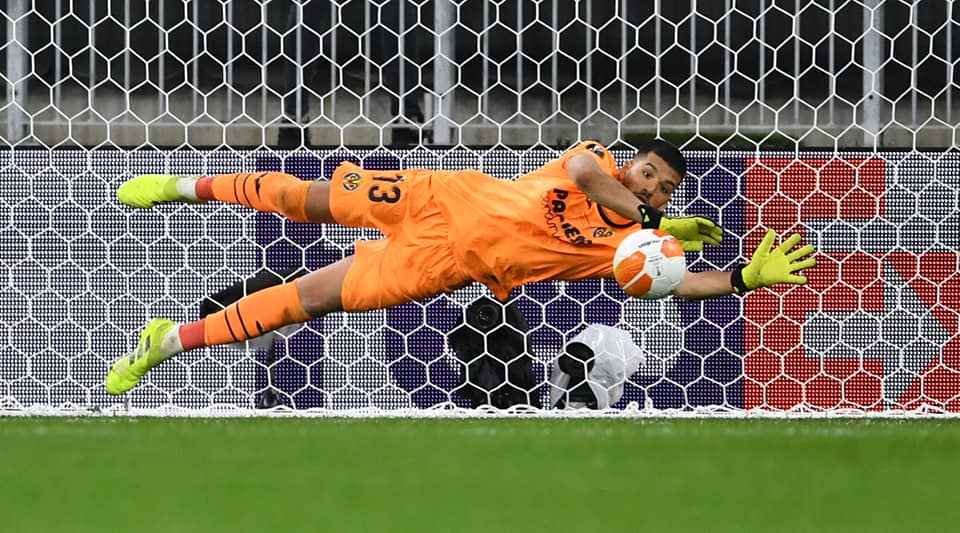 Spanish side Villarreal won the UEFA Europa League in a penalty shootout after 22 players stepped up to take penalties.

The match had ended one a piece after 90 minutes after goals from Gerard Moreno and Edinson Cavani.

And after another half an hour of trying to break down each other’s defences in extra-time, the match went into the mandatory penalty kicks to elicit a winner in Gdansk.

Moreno and Juan Mata both found the net for their teams.

And so did the next nine players from both sides which then made it neatly poised at 10-10 on penalties.

Then it was the turn of Villarreal’s goalkeeper Geronimo Rulli to step up for his kick.

He took three strides, and buried the ball past De Gea’s left, leaving the United keeper no chance even though he had guessed the right spot.

11-10 to Villarreal at this point, and the Red Devil’s fate was left in De Gea’s boots.

De Gea took his shot, kept it low and tired to drive it past Rulli but the Argentine parried it wide and gave the Spanish side their first ever Europa Cup trophy.

The Yellow Submarines were in a state of ecstasy.

And Manchester United were left with a runners-up medal.