Shakir Hamzah explains his decision to leave the Lions camp in Riyadh. 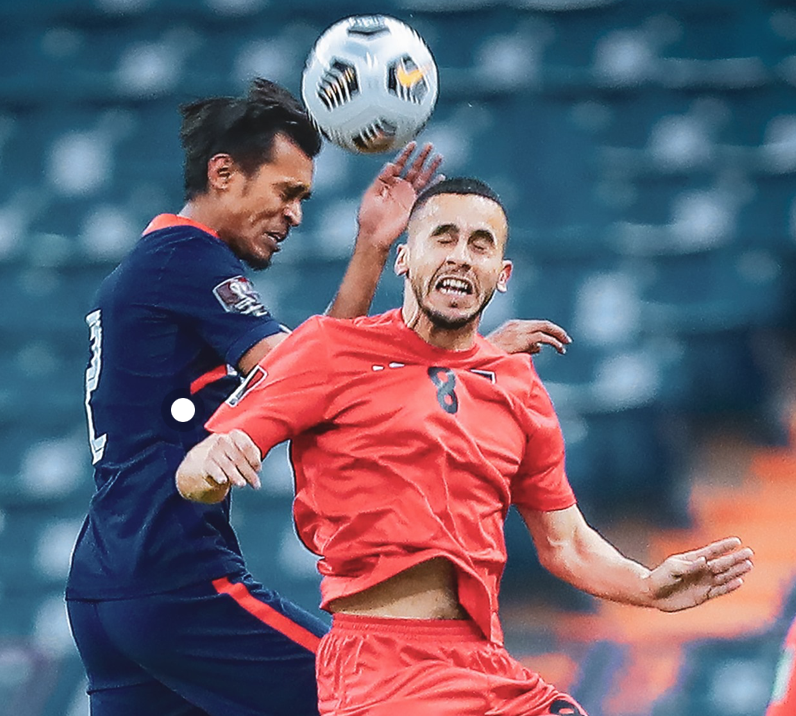 National defender Shakir Hamzah has apparently explained his decision to leave the Lions squad, in a shock announcement made today by the Football Association of Singapore.

In a photo image posted on Facebook page My S-League Story which was not attributed to any source, Shakir has apparently explained that he made the decision to withdraw as he needed to help his wife and children relocate back to Singapore and informed national coach Tatsuma Yoshida only after the match against Uzbekistan, which the Lions lost 5-0.

“Unfortunately, my wife couldn’t represent me for legal matters and some others.

“Moving from one country to another is not an east task, especially when you’ve been abroad for a few years.

He added that he is bound to return to Singapore on 28 June and if he had stayed with the Lions for the final match against Saudi Arabia, he would have only had one and a half days to prepare for the relocation.

He has to serve a 14-day quarantine in Malaysia after returning from Riyadh.

Shakir, who was with Perak this season, ended his contract by mutual agreement and has signed for the Lion City Sailors.

“I had no intention to decline the national call-up because playing for the team is something I am very proud of and I knew the team was lacking a few players.”

The authenticity of the post is still being verified, and comes after a very strongly-worded statement by national coach Tatsuma Yoshida, who said he was “extremely disappointed that Shakir has made this decision during a time when everyone else in the team is pulling together as one for this Friday’s match.”

“It is an unnecessary distraction that we will have to set aside and deal with once we have returned to Singapore. As the Coach, I will focus my attention on adapting my plans for our opponents without him.”