Tatsuma Yoshida’s next assignment will be the Suzuki Cup if it takes place. He will have his work cut out for him. 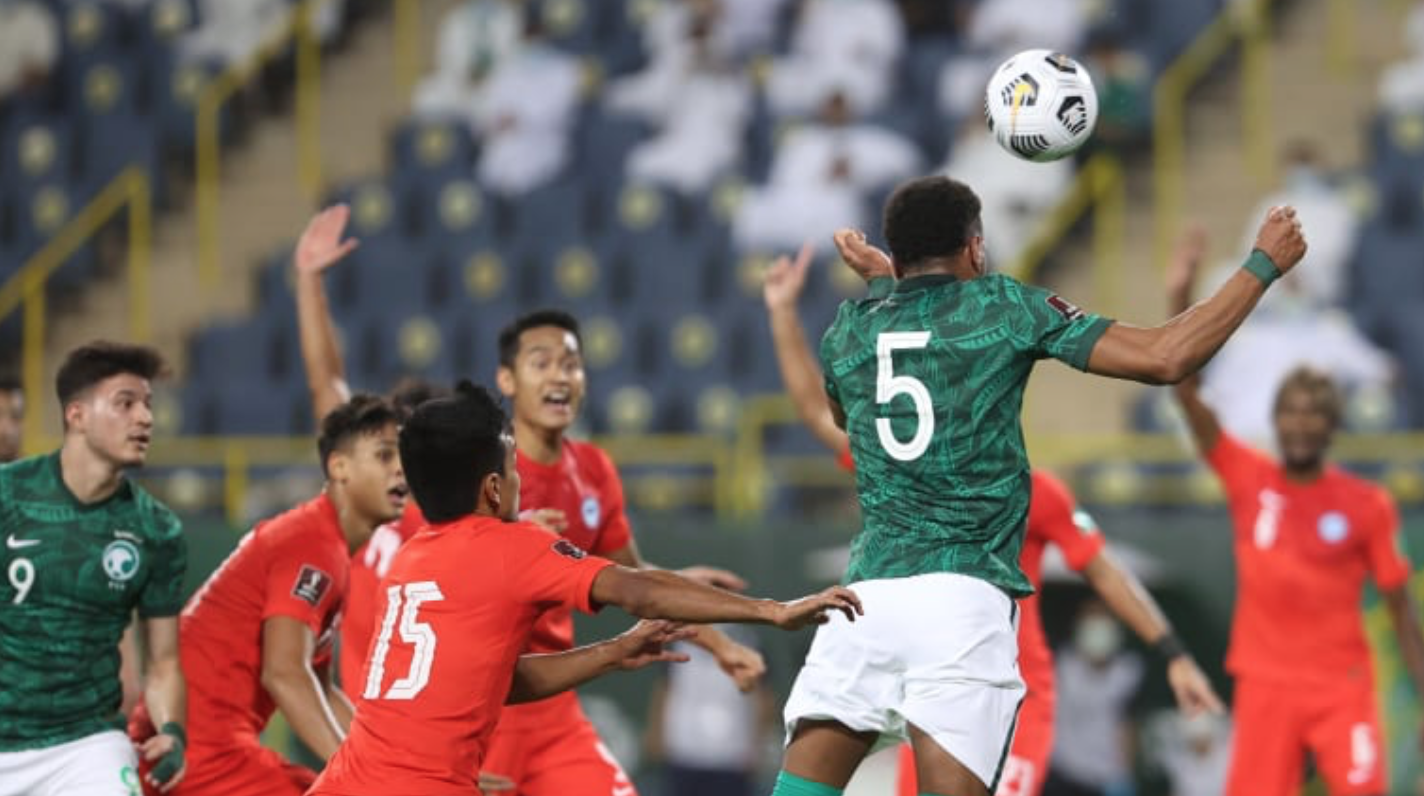 If Tatsuma Yoshida takes his time to watch how Vietnam (picture below) and Malaysia battled it out in their Group G World Cup qualifier in Dubai which ended 2-1 in favour of Vietnam, then he will know that he will have his work cut out for him over the next few months as he licks his wounds from the Lions performances in Riyadh.

On 12 June, his charges went down 3-0 over a 10-minute blitz at the end of the clash against the Green Falcons at the Mrsool Park Stadium, which ended the Lions qualifying campaign with zero points from three matches, and zero goals to show.

The Lions also conceded 12 goals over three matches, two more than the 10 conceded over the first five qualifiers which also saw the Lions earn seven points in the process.

Yoshida sounded pleased with the result against Saudi Arabia, despite the result.

“Today, our boys did very well and I am proud of them,” national coach Tatsuma Yoshida said after the match.

“We changed our formation and they followed some (new) strategies.

“It was fantastic, but Saudi Arabia are very strong.”

The 0-0 score at half time was unimaginable, especially after the Lions had conceded nine goals to Palestine and Uzbekistan in the two previous matches.

Battling tooth and nail, a much improved Singapore side were showing glimpses of the form which saw them pick up seven points in the first five matches in the Group D in the FIFA World Cup Qatar 2022 and AFC Asian Cup China 202 Preliminary Joint Qualification Round 2 at the Mrsool Park Stadium in Riyadh.

However, all the work were left undone in a 10 minute-blitz at the end of the clash as the Lions conceded three in quick succession.

In fact, with the game still tied at 0-0, Syawal Anuar could have fired the Lions into the lead in the 73rd minute but his shot was stopped by the post from a very tight angle.

In the end, it was Al Hilal winger Salem Al Dawsari who opened accounts for the home side in the 84th minute, with Fahd Almuwallad doubling their advantage three minutes later, snuffing out any wind the Lions had in their sails.

A late goal deep in time added on by Saleh Al Shehri which had Izwan Mahbud beaten at his near post sealed all three points for the hosts and their fans.

“After we go back to Singapore, we have to keep on going with the same intention and intensity, said Yoshida.

But he did not explain how, since the players will return to their respective clubs for the continuation of club commitments, and what would be the solution for the players who are not getting enough playing time in the AIA Singapore Premier League.