Tampines Rovers do better and lose by only 4-0 to Jeonbuk. 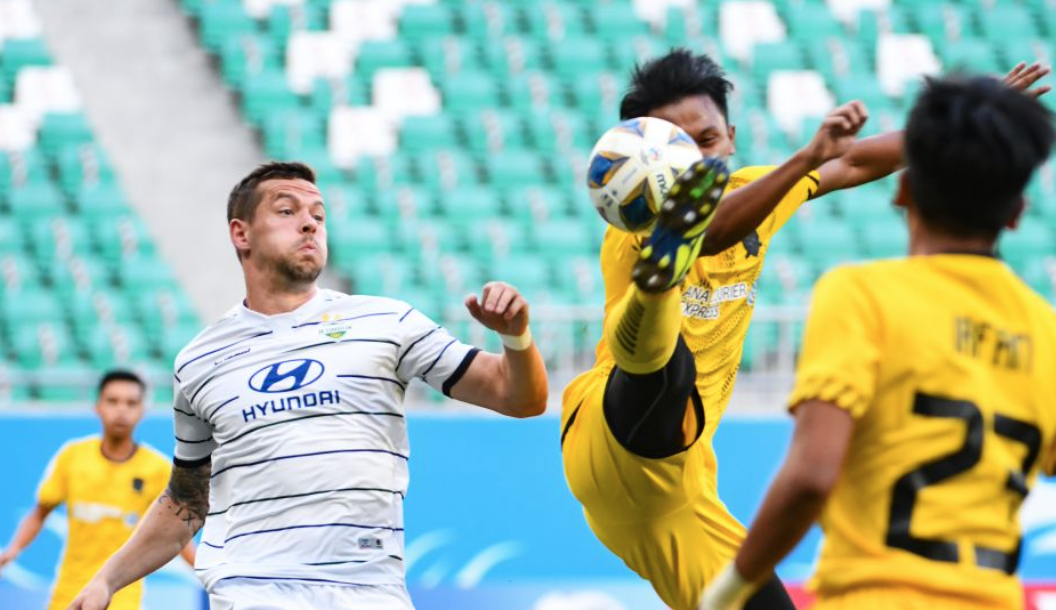 Tampines Rovers coach Akbar Nawas was keen to see the Stags’ response to their 9-0 mauling by Jeonbuk Hyundai Motors just a couple of days prior.

And for most of the clash against the same team in their return leg on 4 July, Tampines Rovers managed to contain the prowess of the Korean side, with the Stags heading into the breather only a goal down in their Asian Football Confederation Champions League Group H clash.

But the sending off of skipper Yasir Hanapi in the 60th minute for a second bookable offence was the pivotal moment which led to the floodgates being opened over a 20 minute period, where the Stags conceded three goals in quick succession, eventually losing 4-0 over 90 minutes.

Jeonbuk coach Kim Sang-sik had made eight changes to his side for the match, after the 9-0 win, with only defensive duo Choi Bo-kyung, Park Jin-seong and midfielder Kim Bo-kyung retaining their places in the first 11.

And in some instances, it did appear that the Stags were going to be able to at least score a goal finally, with Armin Bosnjak getting a handful of chances.

Unfortunately, his finishing was not sharp enough to secure the Stags their first goal of their inaugural Champions League campaign.

With Yasir’s sending off, whatever hope Tampines Rovers had to take something from the game evaporated.

Jeonbuk turned on the style and with substitutes Gustavo and Modou Barrow leading from the front in the second 45, Jeonbuk sent the Stags back to the dressing room without a goal to show, and their fourth consecutive defeat in Tashkent.