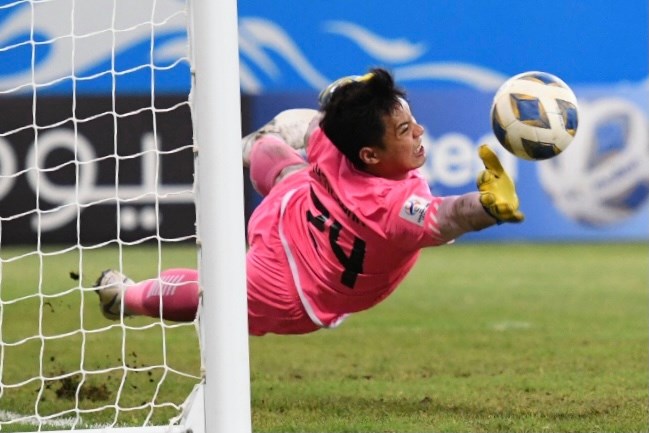 There were four key news points in Tampines Rovers’ match up against Gamba Osaka on 7 July in their Asian Football Confederation (AFC) Champions League group tie.

News point 2: Tampines Rovers’ goal was scored by 43-year-old Daniel Bennett. He is a defender.

News point 4: Tampines Rovers fell to an 8-1 defeat, its second heaviest after the 9-0 defeat by Jeonbuk Hyundai Motors.

Despite succumbing to their fifth defeat in five matches, having conceded 24 goals in the process and scoring only one, Tampines Rovers’ coach Akbar Nawas’ post match comments were baffling.

He said, “With a game coming up in three days’ time, we have to get over this game and go again for the last game.

“For the last time, we want to show that we can compete and make ourselves proud.”

The reality is that the Stags have not been able to compete at this level, and have found themselves some light years away from Asia’s elite.

But he did say that the players were disappointed with the result, and rightfully so.

“The players are disappointed with the result, naturally as professionals they cannot be happy with a result like this.

“We speak about a learning curve, but these are real lessons for us and we will have to carry them with us.”

For Singapore football, Tampines Rovers’ results in Tashkent in their maiden Champions League appearance, coupled with the Lions’ recent performances in their World Cup qualifiers where they were handed defeats by Palestine, Uzbekistan and Saudi Arabia, can only point to the current state of football in Singapore.

The chasm is wide and Singapore, once regional champions, are now near minnows.

Tampines Rovers still have one more clash against Chiangrai United to complete their complement of group matches in the competition.